Thermal power company Enerji has been appointed co-developer in a $300,000 state-run trial to determine the economic case for a micro electricity grid in Kalbarri that could potentially become Australia’s biggest fringe-of-grid network. 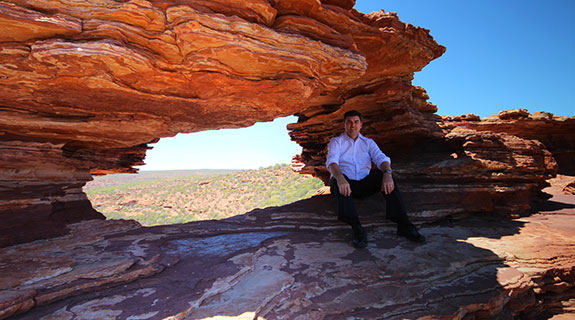 Thermal power company Enerji has been appointed co-developer in a $300,000 state-run trial to determine the economic case for a micro electricity grid in Kalbarri that could potentially become Australia’s biggest fringe-of-grid network.

Enerji chief executive Andrew Vlahov said the memorandum of understanding between it and government-owned entity Western Power involved both parties agreeing to work together to assess the viability of a microgrid.

It’s envisioned a microgrid could improve reliability and reduce costs by using distributed generation, likely to be solar and wind, connected to battery storage.

Enerji, which is also working on supplying and installing a 1.5 megawatt power plant using its waste heat technology at Northern Star Resources' Jundee project, has not previously worked with Western Power.

Mr Vlahov said the Western Power project represented part of the company’s expanded strategy to become a key provider of innovative energy solutions in both the residential and commercial markets.

Kalbarri’s 2,000 electricity customers currently receive their power via a 140-kilometre transmission network from Geraldton, to the south.

He said installing a microgrid offered a cost-effective solution to improve power quality and reliability, and give Kalbarri better self-sufficiency without replacing the entire 140km network.

A key apect of the trial was to determine the total costs of developing a microgrid, and Mr Italiano said the initial investment would be used to guide similar developments in other areas of Western Australia.

“We think there’s a real opportunity for us to learn lessons in Kalbarri that we can apply to other parts of the network,” he said.

“I think if we run this trial what we’ll be able to do is work out an economic model that can be applied equally in other areas. We don’t need to be respending this each time.”

Energy Minister Mike Nahan said the feasibility study would take six months to carry out and, if developed, would likely be Australia’s biggest edge-of-grid solution.

Mr Italiano declined to comment on the Barnett government’s potential sale of Western Power as part of a larger flagged divestment of assets to improve its budget deficit.

“It is absolutely a matter for government,” Mr Italiano said.

“Western Power is a government agency, it serves the will of the people and we’ll continue to do that no matter which way they go.”