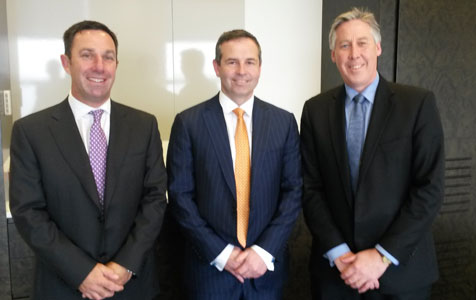 Accounting giant KPMG has bought mining-focused management consultancy firm Momentum Partners in a transaction estimated to be worth about $5 million, adding to the flurry of recent professional services deals.

About seven Momentum staff had equity in the business, which industry sources suggest may have been on the market for at least six months.

The name ‘Momentum’ will be dropped under the terms of the deal.

Observers estimated the deal may have been worth around $5 million, with the possibility of a slightly higher price dependent on the structure of the deal and quality of ongoing contracts.

The deal is KPMG’s second in the management consulting space in 2014, following its April acquisition of the senior Melbourne-based team of another boutique player, Pacific Strategy Partners.

The acquisition will push KPMG’s total staff numbers in Western Australia closer to those of PwC, which is the state's second-biggest employer among accounting firms, behind EY, according to the Business News Book of Lists BNIQ database.

Momentum was the 17th biggest management consulting practice in WA, according to BNIQ.

Acknowledging that he had spoken to others in the market, Mr Adams said the deal had arisen from talks that originally started around the idea of an alliance.

“As a small business owner you can only take it so far on the back of your personal assets,” he said.

“This takes it to another level.”

Mr Adams said KPMG had a good cultural fit with Momentum and, at a personal level, also gave him the opportunity for career growth.

Also today, KPMG said it had bought small Karratha-based accounting firm Classic Slee, from which it would build a Pilbara base to service both local small businesses and the big players that operate in the region. The Karratha practice will be the responsibility of KPMG WA partner Agnes Vacca.

“We are aiming to significantly grow our advisory presence in the mining sector over the next three years, supporting growing demand as the industry adjusts to the changes in its operating environment.”

KPMG WA chairman of partners Gary Smith said that, while there were some conflicts across the mining sector players serviced by both KPMG and Momentum, there were few issues to deal with. Many of his firm’s clients had been seeking the kind of broader services that it could offer with the new expertise it had acquired, he added.

Management consulting has become very competitive in Perth during the past five years as major global brands arrived to fight it out with local boutiques and the accounting firms.

Notably, at a local level, BDO in Perth brought in Maurice Argento 18 months ago to head a new management consulting focus. In 2003, Mr Argento had founded Mainsheet Corporate, which was then bought by PwC in 2009, in a second acquisition to follow the accounting major’s 2007 purchase of the Perth-based GEM Consulting.

In the interim, Mr Argento has tried his hand at investment banking with Euroz.

While most of those deals are very WA-focused, there has been significant activity internationally as well with PwC acquiring global management consulting brand Booz & Company.

The move follows other activity among accounting firms to broaden their offer in the advisory side of their businesses.

Deloitte was one of the biggest movers in this field when it bought Access Economics in 2011.