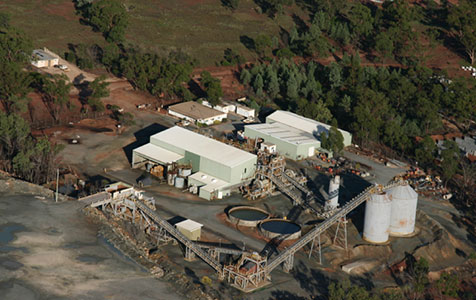 KBL Mining today announced a sweeping recast of its corporate strategy that may see the company looking to sell part of its Sorby Hills lead-zinc-silver project, located in the northeast Kimberley near Kununurra.

In the face of price volatility and below-expected mine performance, Sydney-based KBL also declared a continuation of cost-cutting measures introduced earlier this year and contemplated the possibility of selling off its only currently producing asset, the Mineral Hill gold-copper-silver mine in central New South Wales.

The Sorby Hills project is a joint venture between KBL and Chinese firm Henan Yuguang Gold & Lead, with the recently completed pre-feasibility study estimating a global resource of 16.7 million tonnes of ore and a mine life of 10 years.

KBL indicated that it was considering both the sale of a minority interest in Sorby Hills and a partial or total sale of the company’s flagship Mineral Hill mine. The company has already received expressions of interest in Mineral Hill from several parties.

Mineral Hill came into production 12 months ago but has failed to consistently achieve planned targets, with poor recovery rates, below-estimate ore grades and delays in gaining access to certain deposits all contributing to the shortfall.

However, with the access problem recently resolved, the company expects production from the mine to be cash flow positive for the next three months.

Work is soon to commence on bringing a new gold-silver open cut development into production, with costs estimated at $7 million and first production looking to be possible nine months after commencement.

In light of this, the company has been implementing a comprehensive cost-cutting program at the mine since March: the number of employees has been slashed by nearly 50 per cent and the mine’s operations have been reduced to 5 days per week, cutting the production outlook from 25,000 tonnes per month to 17,000 (a 28 per cent reduction).

The company also holds a 30% stake in the Constance Range iron ore project in northwest Queensland.

KBL’s share priced reacted negatively to the news dropping 15 per cent to 5 cents.