Brian Gilbertson-led Jupiter Mines has made a steady start to trading on the ASX today, after the manganese miner completed a $240 million initial public offering. 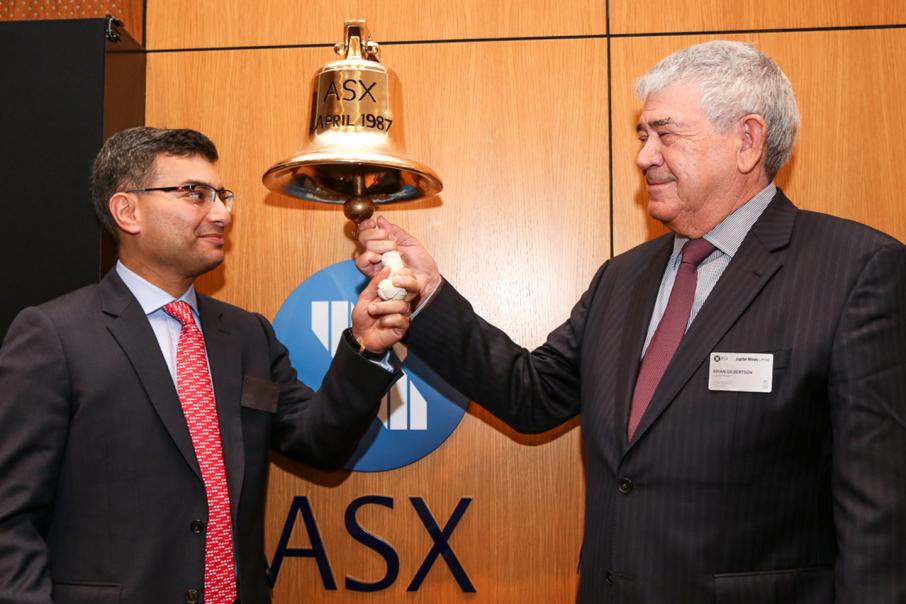 Brian Gilbertson-led Jupiter Mines has made a steady start to trading on the ASX today, after the manganese miner completed a $240 million initial public offering.

The offer is the biggest resources IPO since South32 in 2015.

The company transferred 600 million shares at 40 cents each, which comprised a $225 million institutional allocation and a $15 million general public offer.

Hartleys acted as lead manager to the offer with Foster Stockbroking and Aitken Murray Capital Partners acting as co-managers.

Jupiter has a 49.9 per cent stake in the Tshipi manganese mine in South Africa, which is currently producing 3.3 million tonnes per annum.

Jupiter shares finished the day flat at 40 cents each.

Former BHP chief executive Mr Gilbertson is the company’s chairman and in a letter to investors said the company had a positive outlook.

“The strong and experienced management team at Tshipi runs a lean and mean operation,” he said

“Costs are low and tightly controlled - there are no allocated overheads, management fees or interest charges from a distant head office, because it does not exist, unlike elsewhere in the industry.

“A focus for the immediate future is to continue Tshipi’s record of unit cost reductions, which has characterised the mine since start-up.”

Mr Gilbertson said the company was targeting a 70 per cent payout ratio of the income and cash distributions received from Tshipi.

Priyank Thapliyal is chief executive and has been with the company since 2008, having previously been involved with LSE-listed Vedanta Resources.

Founding director Paul Murray, Sungwon Yoon and Andrew Bell are also on the board.

The company said the proceeds from the offer would go primarily to existing shareholders who were selling shares via the offer.

Jupiter was delisted from the ASX in 2014 after the company said its share price did not reflect the true value of the company.