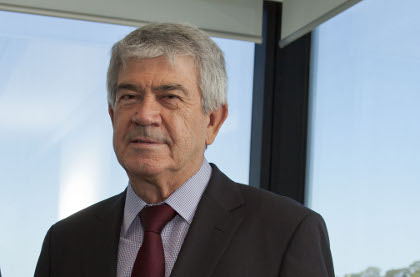 Brian Gilbertson's Jupiter Mines has frozen spending at its Mount Ida magnetite project, after preliminary estimates from a feasibility study indicated the mine would cost more to develop and operate than previously anticipated.

Jupiter announced today that in light of the higher cost estimates, along with weakness in the iron ore price and the strong Australian dollar, it was in the best interests for the company to shut the project down indefinitely.

Jupiter said because of the decision, it would also withdraw from its participation in the proposed expansion of the Port of Esperance.

The company said it expected to save at least $20 million over the next six months as a result of the cutbacks.

Jupiter will retain ownership of the Mount Ida project and will continue to meets its minimum expenditure obligations on the tenements until market conditions improve.

“Jupiter will intensify the work on its second project, the Mount Mason DSO operation, the viability of which depends on gaining access to ship loading capacity at the Port of Esperance,” Jupiter chief executive Greg Durack said in a statement.

Mr Durack said the company's third project, the Tshipi Borwa manganese mine in South Africa, was progressing on time and on budget.

Jupiter is targeting annual production of 2.4 million tonnes per annum from Tshipi Borwa.