Junior explorers Coventry Resources, Metals of Africa and Consolidated Zinc have tapped investors to raise a combined $13.7 million to fund ongoing development of their respective projects. 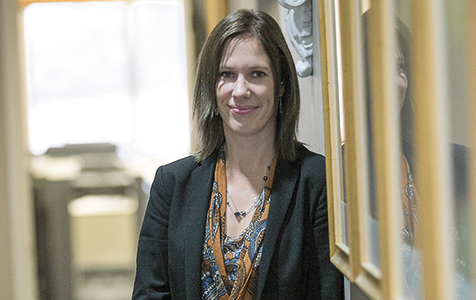 Junior explorers Coventry Resources, Metals of Africa and Consolidated Zinc have tapped investors to raise a combined $13.7 million to fund ongoing development of their respective projects.

Coventry has raised $2.7 million through the placement of 129 million shares at 2.1 cents each to institutional and sophisticated investors, in the form of Chess depository interests.

The company plans to use the proceeds of the raising, brokered by Euroz, to fund field work at its Caribou Dome copper project in Alaska in the US.

Consolidated has placed 162.5 million shares at 4 cents each to raise $6.5 million from existing and new sophisticated investors, and has ended facility discussions with a Singaporean group.

The raising, which was lead managed by DJ Carmichael, was supported by the company’s chairman, Stephen Copulos, and clients of Blue Ocean Equities.

The funds raised will be used to fund a drilling program and conduct exploration at Consolidated’s Plomosas zinc project in Mexico.

“An aggressive drilling program, maiden resource estimate and the onset of regional exploration will all feed into significant news flow over the remainder of 2016, which will be an exciting time for shareholders,” Consolidated managing director Will Dix said in a statement.

With the successful raising, Consolidated has opted to end discussions with Singapore-based Funan Group in relation to a $2.2 million funding agreement.

Meanwhile, Metals of Africa has raised $4 million through the placement of 72.7 million shares at 5.5 cents each to institutional and sophisticated investors, and plans to raise a further $500,000 through a share purchase plan at the same price.

The price of the raising represents a 15.6 per cent discount to the company’s 10-day volume-weighted average price.

The funds will be used to progress a definitive feasibility study at the company’s Montepuez and Balama Central graphite projects in Mozambique.

In addition, CPC Engineering has agreed to convert half if its invoices with Metals of Africa into shares in the company as payment for engineering work completed at the graphite projects.

Metals of Africa is also seeking shareholder approval for a similar deal with Mitchell Group, which has been contracted to provide drilling services at the Mozambique projects.

Metals of Africa managing director Cherie Leeden said the raising would strengthen the company’s balance sheet and enhance its ability to develop the Mozambique graphite projects.

“Our graphite projects have the potential to be very low-cost suppliers to the rapidly expanding lithium-ion battery anode market and our feasibility study works are aimed at delivering on that objective,” she said.

Morgans Financial acted as lead manager to the placement, while Grange Consulting acted as corporate adviser.

Metals of Africa shares were 7 per cent higher to 6.1 cents each.