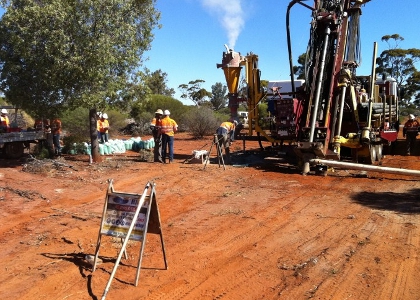 Australian junior miners' growth ambitions are being stymied by a lack of federal government support, a new report says.

The claim is a key finding of Grant Thornton's International Mining Report 2013, a survey of mining executives across Australia, Canada, South Africa and the UK.

More than 84 per cent of Australian mining executives surveyed said the government should do more to support the sector by providing increased grants for exploration and investment incentives.

The report also found 58 per cent of Australian executives said increased government involvement and regulation was a major constraint to growth, the highest of all countries that participated in the survey.

Only 47 per cent of Australian respondents said they believed public policy to be supporting of exploration companies, compared to 73 per cent internationally.

“This is a concern, as a prolonged period of reduced exploration has the potential to set back future discoveries,” Mr Gray said.

“The Australian government must consider increasing incentives to encourage exploration, ensuring the industry continues to progress and the mines of the future are identified.

“Increased regulation and the impost of new taxes have placed more demands on executives to prove the viability of projects, and have dampened the enthusiasm of international investors in the Australian mining sector.”

The survey did find, however, that more than half of the respondents expect commodity prices to increase over the coming year, and two-thirds plan to increase exploration spending.

“I don't think the industry has reached its peak potential,” Mr Gray said. “There are still vast areas of the world that are virtually unexplored. There is a lot of opportunity out there.”