Michael Fotios, who made a fortune backing gold miner Northern Star Resources, is heading back to the stockmarket to tap into what he calls “a marked increase in investor interest over the last 3 months”. 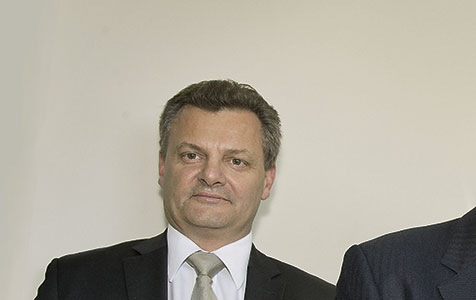 Michael Fotios, who made a fortune backing gold miner Northern Star Resources, is heading back to the stockmarket to tap into what he calls “a marked increase in investor interest over the last three months”.

Swan Gold Mining, which he chairs, has been struggling for more than a year to complete a restructuring; however, it is now looking to raise up to $20 million and relist its shares on the ASX.

Its move follows successful raisings this week by Rox Resources and Triton Minerals, and the launch of a new capital raising by Northern Minerals.

Another positive sign for the market was the launch of a capital raising today of up to $59.4 million by Sydney-based gold miner Kingsgate Consolidated.

Swan Gold boasts one of the most impressive boards of any junior explorer in Perth, with Azure Capital chair John Poynton, company director and Allion Legal principal Craig Readhead, and former banker and Gindalbie Metals CFO Wayne Zekulich all serving as directors alongside Mr Fotios.

Despite the impressive board, the company was forced to pull an attempted $15 million capital raising last July.

The company said today it had seen “a marked increase in investor interest over the last three months and is actively assessing a number of opportunities to raise up to $20 million from Australian and international investors”.

Swan Gold added that it expected its lenders to convert all of their debt, with the possible exception of $5 million, into equity.

The company said it was considering recommissioning the Davyhurst processing facility to toll treat ore mined by third parties.

It is currently in negotiations for a project loan facility in the range of $10 million to $30 million to fund a refurbishment of the plant.

It is looking to process a minimum of 1.2 million tonnes of oxide ore per annum.

Northern Minerals said it would use the funds at its Browns Range heavy rare earths project in Western Australia.

The company, which has 407 million shares on issue, will place approximately 29.4 million shares at 18 cents per share, which is a 9.1 per cent premium on the stock’s closing price yesterday (March 17).

Managing director George Bauk said the proceeds would be used towards work programs to help complete a feasibility study on Browns Range, where the company is aiming to start production in 2016.

The company currently has $6.5 million in cash.

Northern Minerals said also that the sale of its Gardiner-Tanami gold project for $2 million to its 45.5 per cent shareholder Australia Conglin International Investment Group would no longer proceed.

The divestment was part of a plan announced in February last year to raise $58 million – the company only raised just over half, or $30 million.

Northern Minerals said a proposed 26 per cent sell-down of its Browns Range project to ACIIG, which was announced in 2013, remained under consideration.

Under the equity raising the shares will be issued at 4.5 cents per share to raise $3.3 million.

This comes on the back of a share purchase plan the company completed in December under which it raised $2.4 million.

Managing director Ian Mulholland said funds from the latest raising would be used towards completing a diamond drilling program at its Musket nickel sulphide project, which forms part of the Fisher East project.

The company is looking to follow up success at the site after announcing earlier this month it had hit some thick high-grade intersections including two metres at more than 8 per cent nickel.

Triton Minerals said it had raised $4 million after placing shares to sophisticated and institutional investors.

The placement will comprise an issuance of 36.3 million shares at 11 cents per share – a 12 per cent discount to the five day volume-weighted average price.

The capital will be issued to fund an exploration program at its Balama North graphite project in Mozambique.

Coziron said it would issue 125 million shares at 2 cents per share, which represents a 27 per cent discount to its 15-day volume-weighted average price, to raise the funds.