As a child, Cockram Construction project manager Crystal Jordan wanted to be a firefighter like her father. Instead, as she grew up, she gravitated towards the construction sector – and it’s a decision she has never regretted. 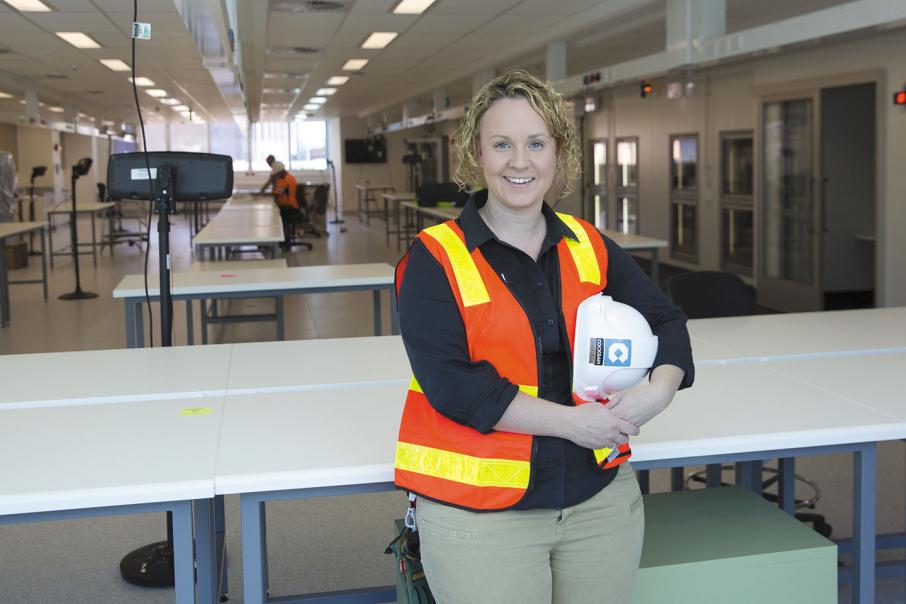 As a child, Cockram Construction project manager Crystal Jordan wanted to be a fire fighter like her father. Instead, as she grew up, she gravitated towards the construction sector – and it’s a decision she has never regretted.

Her choice of career was validated by the industry last month when Ms Jordan received the 2016 Norton Rose Fulbright ‘outstanding contribution to construction’ award at this year’s National Association for Women in Construction awards (WA).

It is Ms Jordan’s second win at the annual event, after she received the NAWIC Lend Lease ‘creating best project’ award last year.

While women account for 11 per cent of the total Australian construction workforce, they leave the sector at a rate almost 40 per cent higher than their male counterparts.

But after 10 years’ experience managing large-scale complex projects in Australia and China, Ms Jordan has no plans to cut short a career she said had been challenging yet rewarding.

“I’m quite creative, so for me to be end up making something on a large scale is probably not a surprise,” Ms Jordan told Business News.

“I like that no day is ever the same in construction; you are constantly dealing with a new puzzle you’ve got to find the pieces for.

“That problem-solving aspect is my role on a daily basis.”

These problem-solving skills are what have made Ms Jordan stand out in the workplace, achieving industry recognition two years in a row during her time as project manager for the Red Cross Blood Service’s Perth Processing Centre redevelopment project.

Since the Red Cross project started in 2014, Ms Jordan and her team of seven (plus more than 50 onsite workers) have had to navigate the complexities of running a complete refurbishment of the Red Cross facility on Wellington Street, while allowing day-to-day operations to continue at the facility.

The centre is responsible for collecting all the blood in WA for testing before distributing samples to hospitals.

Construction is due for completion in September 2017.

“It’s not like a usual project; there have been more complex logistic coordination, (such as) working power cuts into their blood processing schedule,” Ms Jordan said.

“The biggest challenge overall has been keeping the centre running, but it’s made us all think outside the box.”