Joondalup Mayor Troy Pickard is pushing for international trade opportunities with China to put Joondalup on the map as a city that can hold its own on the global stage. 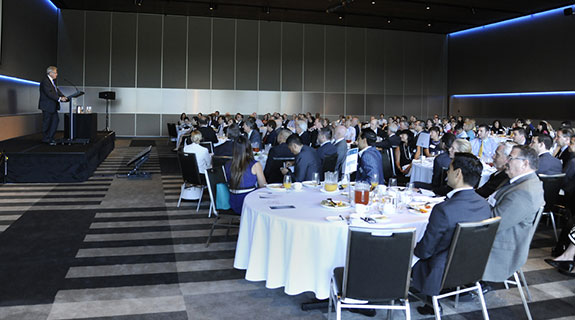 Joondalup Mayor Troy Pickard is pushing for international trade opportunities with China to put Joondalup on the map as a city that can hold its own on the global stage.

Speaking at business forum in Joondalup earlier this week, Mr Pickard said following a delegation to China last year to commemorate a 10-year relationship with Joondalup’s Chinese sister city of Jinan, many opportunities had opened up.

“There was significant interest and enthusiasm from the Jinan People’s Municipal Government to explore and advance opportunities to further trade and business interests in Joondalup and the northern growth corridor,” Mr Pickard told the forum.

The City of Joondalup has spent the past year researching the tourism, education, aged care and digital/information technology potential held within the city limits and what trade opportunities industries in Jinan would want to pursue.

“Tourism and hospitality contributed about $850 million to the Joondalup economy in 2013-14 and according to Tourism Research Australia, there were 41,000 international visitors and almost 1.2 million visitor nights in the city that same year,” Mr Pickard said.

“These are pretty exciting statistics that we as a city can capitalise on.

“The city can be proud of the international partnerships it has forged and we firmly believe that the future prosperity of Joondalup will be advanced by these connections.”

“Joondalup is now in the process of recruiting an international economic development adviser to attract international investment to the city and to support local businesses seeking to expand internationally,” Mr Hunt told the forum.

“The competition for business, investment and talent is international. The range of specialist knowledge and research expertise available in the City of Joondalup presents a compelling and attractive opportunity for any business seeking to grow and connect globally.”