Electric buses will be operating on Joondalup streets in a trial from early 2022, with buses from Volvo and charging infrastructure provided by ABB. 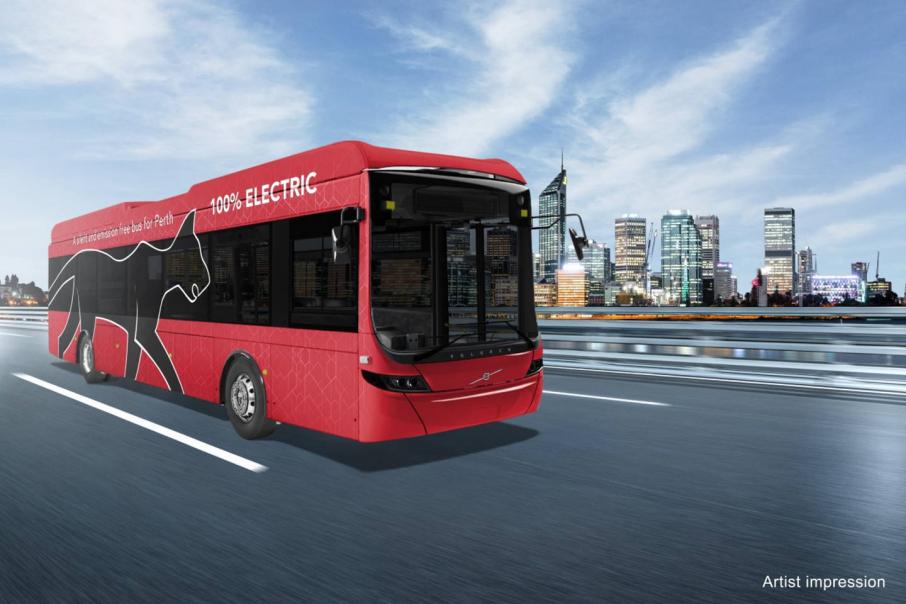 An artist impression of an electric cat bus. Photo: ABB

Electric buses will be operating on Joondalup streets in a trial from early 2022, with buses from Volvo and charging infrastructure provided by ABB.

The state government is expected to announce the trial today, which is understood to be the first electric bus trial in Western Australia.

The buses will operate on the 5 kilometre CAT route around Joondalup, and charge at Joondalup bus depot overnight.

Malaga-based Gemtek Group was selected as technical partner for the project.

Transport Minister Rita Saffioti said green technology was a great use of the public transport network, which she noted was already more environmentally friendly than some other transport modes.

“This is the first time we have trialled electric buses on a CAT route and I'm excited to see what commuters think about this new technology,” Ms Saffioti said.

“The transport sector, including passenger, mass transit and freight vehicles, accounts for 18.9 per cent of Australia’s emissions, making it the country’s second highest emitting sector after electricity generation,” Mr Sullivan said in a release.

“State-run public transport and vehicle fleets can kickstart Australia’s electric vehicle awareness and readiness to embrace this advanced technology and lead the way with EV ambitions.

“We are very proud to be part of the first electric bus route in Western Australia and we are confident that our charging solution will support WA to get a step closer to meeting its public transport emission goals.”