The head contractor building the new Perth Children’s Hospital dropped a bombshell this morning, with the project’s manager saying the company is not responsible for the lead-contaminated water, and that water being delivered to the site already contains the harmful  metal. 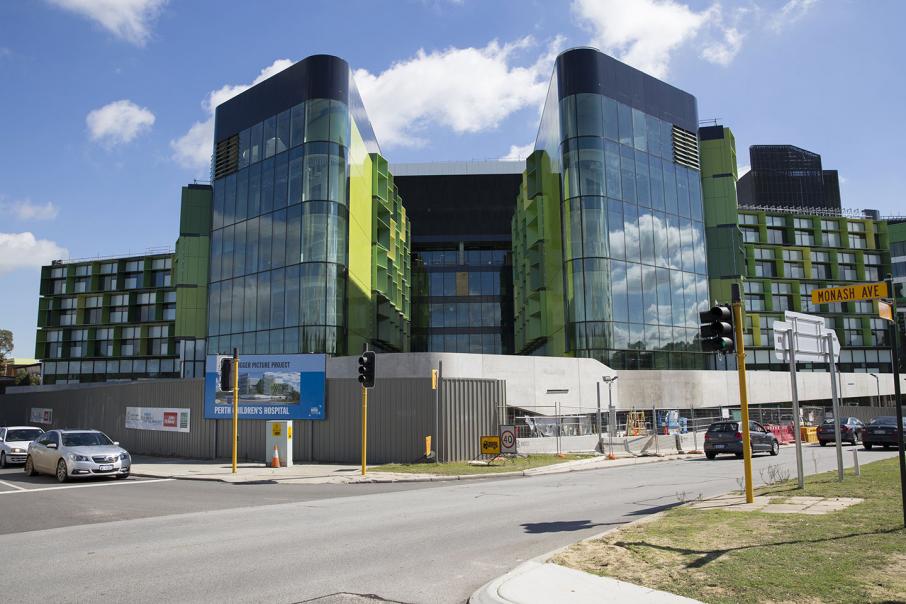 John Holland says it is not responsible for the lead contamination in the water at the new Perth Children's Hospital.

The head contractor building the new Perth Children’s Hospital dropped a bombshell this morning, with the project’s manager saying the company is not responsible for the lead-contaminated water, and that water being delivered to the site already contains the harmful metal.

In a rare interview this morning, John Holland Perth Children’s Hospital project manager, Lindsay Albonico, told 6PR radio that the company had physical evidence that the water being supplied to the site from the QEII ring main already had elevated lead levels before it touched infrastructure installed by the company.

That’s despite the Department of Health WA  yesterday saying it was investigating whether brass fittings at the site were responsible for the contamination, and reiterating the government’s continuous finger-pointing at the contractor.

“We’ve taken samples from the water that is delivered to the hospital for our use, and on several of those occasions some of those samples have returned elevated lead levels.

“We take water from a ring main which circulates around the QEII medical precinct, and that’s where we draw water from.

Commenting on the state government’s argument that the brass fittings in the new hospital is a likely source of the lead contamination, Mr Albonico said John Holland has repeatedly told the government it did not believe the fittings were the source.

“The brass fittings that we’ve used in this project are not unique, they’re not special, they’re Australian compliant, they meet all of the conditions for brass, it’s the same brass that’s used in any number of projects in WA and Australia, and we at John Holland have said repeatedly that we do not believe that the source of lead is from the brass fittings,” he told 6PR.

Mr Albonico refrained from giving a definitive completion date for the already-delayed $1.2 billion project, but said it needed to provide 12 consecutive days of lead free water before the hospital could be handed over to the state government for ‘practical completion’.

He said two of the four buildings that made up the project had passed the test, while the other two buildings are 80 per cent of the way there, which, if it continued to run smoothly, could put a practical completion date around mid-next month.