A new survey and report offer a clearer picture of Fifo workforces in the resources sector. 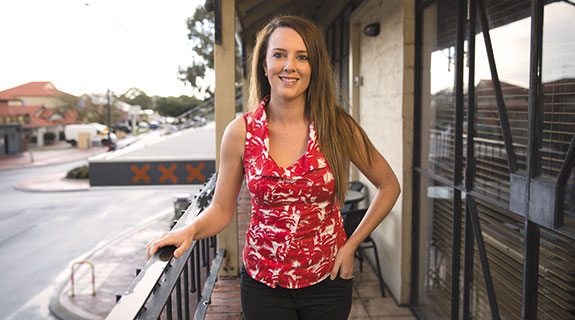 RESOURCEFUL: Jayde Tahu says the information can be used to influence how Fifo rosters are put together. Photo: Attila Csaszar

A new survey and report offer a clearer picture of Fifo workforces in the resources sector.

A Perth recruitment firm has taken a novel approach to furthering discussions about the mental health issues facing fly-in, fly-out workers, by providing resources company clients with unique insights from its vast database.

Seastone Group director of recruitment Jayde Tahu told Business News the firm, which has offices in Subiaco and Sydney, had gathered information from more than 600 Fifo workers among the 6,000 jobseekers on its files.

“Clients regularly come to us with requests around salary information and Fifo conditions to benchmark positions within their own businesses, so we thought we’d take it a step further and get some interesting stats that might actually influence the way they put their rosters together,” Ms Tahu said.

Unsurprisingly, 58 per cent of respondents said they would prefer a better roster.

What was unexpected, Mr Murphy said, was that half of respondents had worked in Fifo ositions for more than five years, and 44 per cent intended to keep working away from home for at least another five years.

“The perception that you get in and get out (of the Fifo lifestyle) was clearly not reflected in our data,” he said.

Mr Murphy said providing the survey results to his firm’s clients was principally aimed at trust and relationship building.

However, he was also hopeful clients would consider the findings when deciding rosters and how they set up and communicate mental health initiatives.

“We’re certainly not expecting massive change in terms of the way in which they go about things, (but) hopefully they may take it on,” Mr Murphy said.

In an analysis of ASX 200 companies, 40 per cent of which were from the resources sector, the ACSI report found only a small proportion routinely disclosed information about the outcomes of their wellbeing programs.

The report said shareholders were interested to know how many employees used assistance programs, what their employee satisfaction levels were, staff turnover rates, training data, absenteeism and how much overtime people worked – but these figures were not disclosed.

“Investors are well placed to expand the conversation with companies on workplace mental health,” the report said.

While the biggest single motivator for working away from home was money, with some respondents adding in written comments they felt it was their only viable employment option, 23 per cent said Fifo work still failed to provide sufficient income to meet their family’s needs.