Job ads well down in WA

Job advertisements in Western Australia are down more than 40 per cent since this time last year, according to fresh data from ANZ. 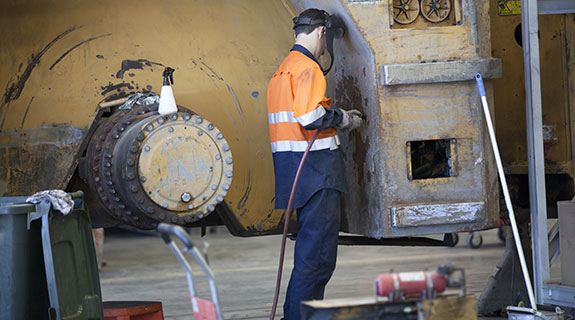 Job advertisements are a leading indicator of unemployment figures.

Job advertisements in Western Australia are down more than 40 per cent since this time last year, according to fresh data from ANZ.

For the month of July, jobs listings were down 4.7 per cent in seasonally adjusted terms on the June figure, while listings were 43 per cent lower year on year.

It was the second largest month-on-month drop in the past six months, with a dramatic 15 per cent fall in April.

The numbers include department of employment listings, newspaper advertisements and Seek online ads.

Newspaper advertisements are now about a tenth of the level they were in 2006 for WA, while Seek ads have almost halved since their peak in 2012.

Nationwide, the numbers were better, down 0.4 per cent for the month of July, in seasonally adjusted terms, however they were 9 per cent higher than this time last year.

ANZ chief economist Warren Hogan said ANZ expected the unemployment rate to stay at 6 per cent when the Australian Bureau of Statistics releases data on Thursday.

“The slower growth in job advertising supports our view that employment growth will slow in the second half of 2015 following unexpectedly strong outcomes since late 2014.

“Importantly, despite that strong jobs growth, aggregate household income has expanded only modestly as the large number of services jobs being generated are paid significantly less than the jobs lost in the mining and manufacturing industries.

“As a result, growth in household spending has remained sluggish.

“While it still could take some time to get clarity on underlying labour market trends, subdued household income and spending growth will remain a headwind to overall economic activity and hiring.”