The founder of Australia’s largest franchise group is full of surprises and contradictions. 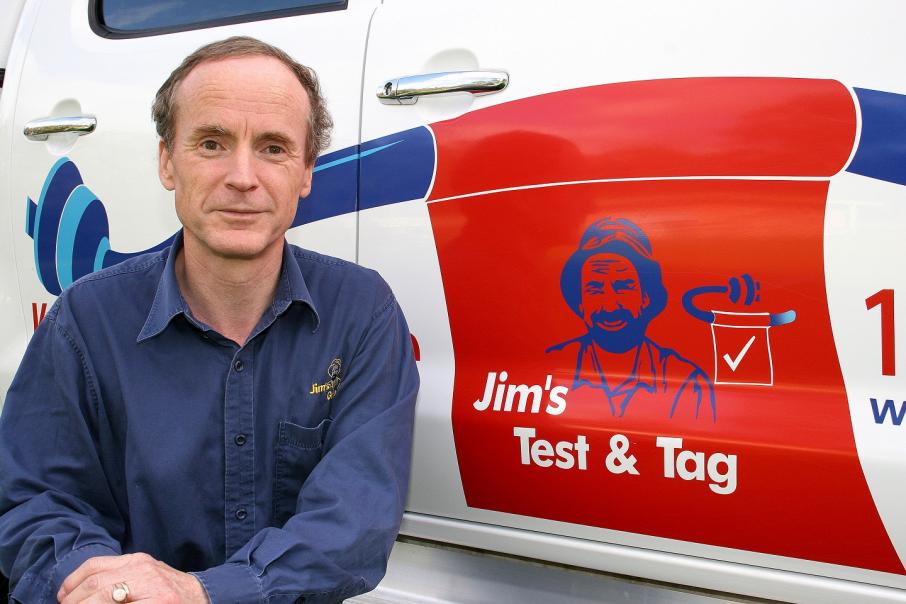 Jim Penman is best known for his franchise group but his lifelong passion is research into the rise and fall of civilisations.

Jim Penman, the man behind Jim’s Group, is often surprised by his own success.

“It’s quite shocking that someone with the weaknesses I have has been able to build Australia’s largest home-service franchise,” Mr Penman says in his biography, Jim’s Book.

Catherine Moolenschot’s revealing work is full of surprises, including that Mr Penman’s goal in life up to the age of 30 was to be a university academic and his greatest interest, even today, is research into the rise and fall of civilisations.

For Mr Penman, business is essentially a way to fund his lifelong research passion.

He leads a frugal personal life but has invested millions of dollars into research, culminating in the establishment in 2015 of the Institute for Social Neuroscience at Melbourne’s La Trobe University.

Unlike many authorised biographies, Jim’s Book is no hagiography.

He signed a waiver promising not to sue his critics for anything they said and supplied an email address so she could contact one person who had sued him.

“Safe to say, not everyone thinks I’m a saint,” Mr Penman says in the book.

He readily accepts he has serious character flaws and seems to enjoy the insights in the book.

“There are some quotes and things mentioned in the biography I don’t agree with, but overall the book does share an insight into my character, disastrous shortcomings, and strengths,” Mr Penman told the press after the book’s launch.

“I found it quite interesting to read what so many people think of me.” 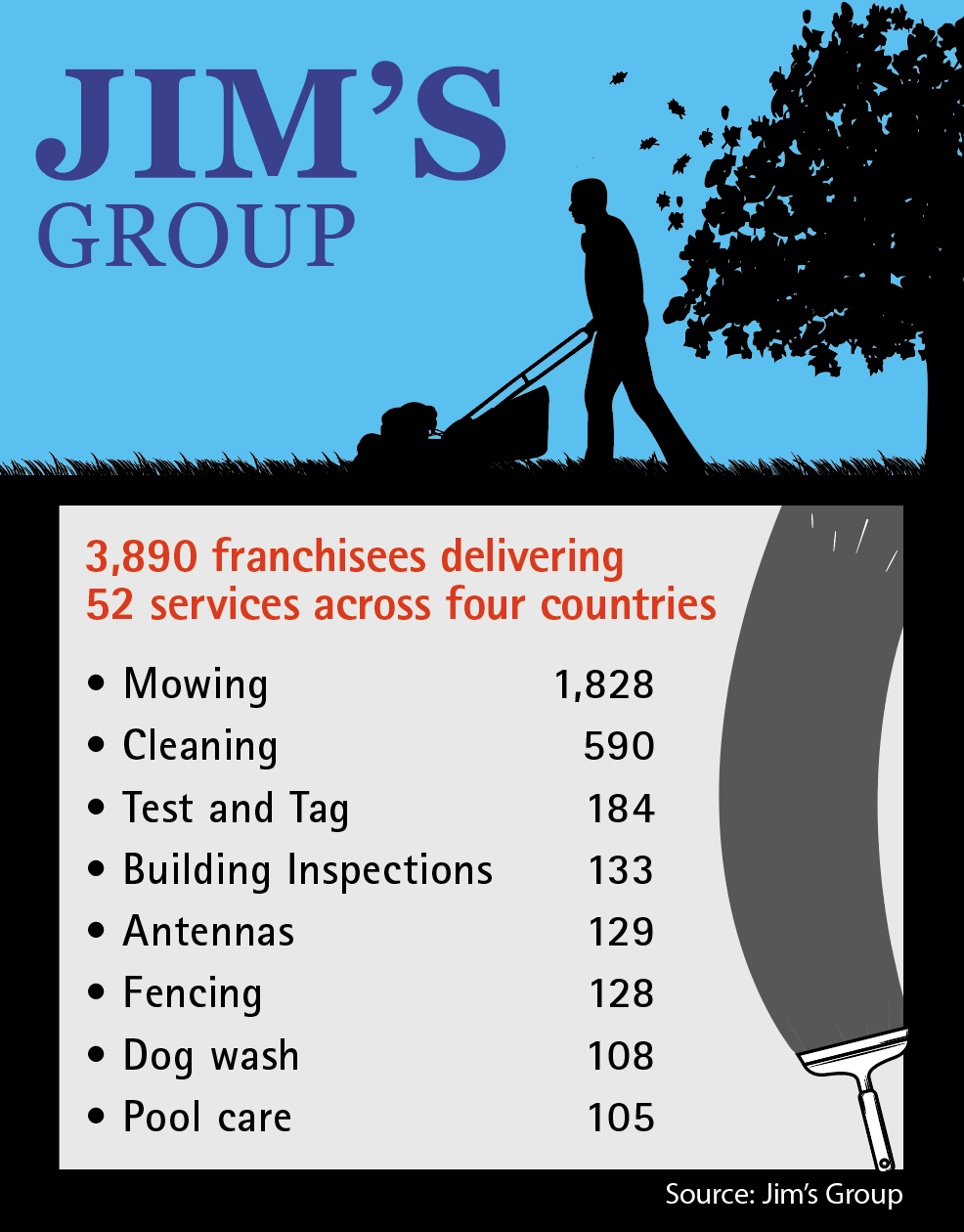 This fits with Ms Moolenschot’s observation that Mr Penman simply doesn’t care what people think or say about him.

By his own admission, Mr Penman is introverted and socially awkward.

“I was prickly and difficult and impatient of social niceties; in fact I was hardly even aware of them,” he says of his behaviour in his 20s.

And it seems not much has changed.

“I can still be obnoxious, without meaning to, and people get upset at me sometimes.”

“It’s not a rational thing, I’m just over-the-top emotional about it,” he says.

He can also be abrupt and ruthless when people don’t perform, famously sacking his sister, Gill, in 2012.

Despite these character traits, the business has been an outstanding success story.

This includes 354 in Western Australia, making it by far the largest franchise group in the state, according to the BNiQ ranking. 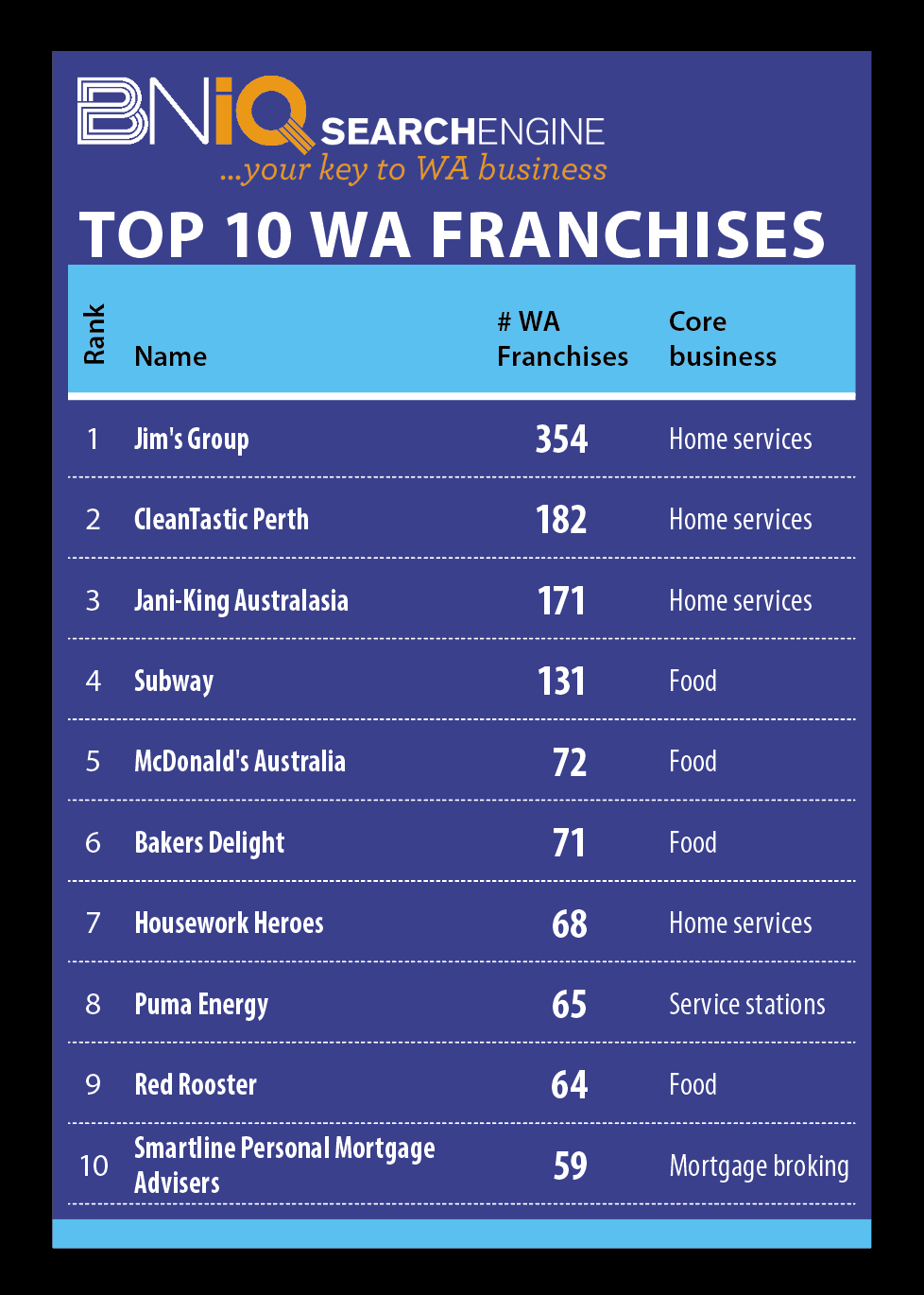 Jim’s Mowing, as the group was known originally, was launched 30 years ago, in June 1989, in Melbourne.

Mr Penman was aged 37 and brought extensive business experience to the table.

He started mowing lawns for money aged eight and continued doing so through his teens and 20s as a student, on many occasions selling off mowing rounds for a handsome profit.

His success from the very beginning was down to his almost obsessive focus on quality service.

This is reflected in Mr Penman’s priorities to the present day.

“Jim is perhaps the only owner of a large corporation who personally reads every complaint, every day,” Ms Moolenschot writes.

“He manages the complaint system and is the only person with the power to delete a complaint.”

In handling complaints, Mr Penman always assumes the customer is correct, putting the onus on franchisees to prove they have resolved the issue.

This system upsets many franchisees but Mr Penman believes it is central to the group’s quality control and all-important service standards.

Mr Penman has also sought to create a franchise system that looks after the franchisees, giving them more control than most over how they operate.

The business has faced some big challenges, especially in the early days.

In 1990, Jim’s had to get approval from its franchisees to increase their fees; if not successful, the business would have gone broke.

A year later, Mr Penman realised he couldn’t live up to the ‘absolute income guarantee’ he had promised his franchisees.

“This was the blackest day of my business career,” he said.

After these early setbacks, the group achieved strong growth through the 1990s, progressively adding new divisions such as dog wash, trees and fencing.

The growth was not smooth, however, and neither was Mr Penman’s personal life.

He had three failed marriages up to 2001, when he met his current wife, Li.

They are still together and have had two children, adding to the eight from his three earlier marriages.

“His love for his franchisees is just amazing. They only see his tough side. He cares a lot, just nobody sees it,” Li said.

The addition of new divisions has been one of the keys to the expansion of Jim’s Group.

For all the successes, however, there have been many failures, with balloons, mobile hair and ‘preggi bellies’ among the divisions that have come and gone.

The success rate has progressively improved after the group changed its approach.

“We signed people who had a good idea and were running a successful one-man business, but without staff or management experience” Mr Penman said.

“After that, we only took on people with a proven track record.

“It was clear that the quality of the founder mattered far more than the type of service.”

Haydar Hussein, who bought the divisional rights to the struggling Jim’s Cleaning around 2001, has contributed more than most to the group’s success.

Jim’s Cleaning, including sub-divisions such as carpet cleaning and car detailing, is now the second largest division with 590 franchisees.

In 2018, for the first time, more Jim’s Cleaning franchises were sold in a month than Jim’s Mowing franchises.

Recently arrived immigrant families have bought many of these low-cost franchises, according to Mr Hussein, who admits to a certain pride when reflecting on their subsequent success.

Mr Penman’s academic studies have been driven by the extraordinarily ambitious goal of trying to understand the factors that make societies rise and fall.

He started with sociology in his teens, moved onto cross-cultural anthropology, psychology and zoology, before completing a PhD in history.

The broad sweep of his research was indicated by the title of his 1992 book, The Hungry Ape: Biology and the Fall of Civilisations.

In 2012 he followed with Biohistory: Decline and fall of the West.

In 2015 Mr Penman went a step further, bankrolling the Institute for Social Neuroscience to further his research.

“Universities are becoming increasingly rigid in their thinking, and we want to provide a real alternative; training students to think for themselves,” he said.

Trying to pin down Mr Penman’s beliefs is not easy, a point illustrated by his idiosyncratic approach to religion.

A staunch agnostic in his 20s, he became a Baptist, then a Mormon, and now attends an ardently ‘creationist’ church even though he believes in evolution.

Despite hosting weekly bible studies at his house, he rationalises this contradiction by saying, “I don’t think God really minds about the theology, frankly”.

• Jim’s Book by Catherine Moolenschot is published by Wiley and now available in bookstores.