Jaxon Construction has won contracts for an apartment project in central Perth and a community centre in Cockburn, taking its new contract wins for the quarter to $78 million. 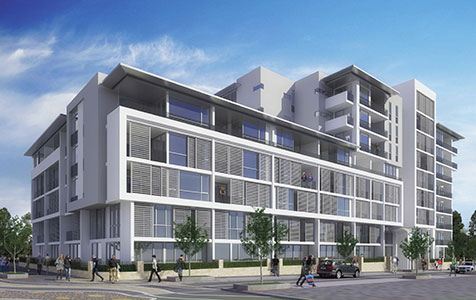 An artist's impression of the Queens Riverside QII development.

Jaxon Construction has won contracts for an apartment project in central Perth and a community centre in Cockburn, taking its new contract wins for the quarter to $78 million.

It has been awarded a $35 million contract to build stage three of Fraser Property's Queens Riverside development in East Perth.

Stage three of the Riverside development, known as QII, is a 7-storey building featuring 107 one, two and three-bedroom apartments.

Jaxon's contract win marks a break from the past for the Riverside development, with the first two stages of the development constructed by Diploma Group.

Jaxon general manager Mark Kepplinger said his company had renewed its focus towards securing apartment projects and was now in a strong position to win the construction contract on the next stage of the Riverside development, known as QI.

"With the apartment market being the most active market segment at present, we strategically aligned our team and subcontractors for this project and tendered aggressively," he said.

"The opportunity has the potential to double in size, with QI being tied to the QII contract."

Jaxon has also been awarded the contract to finish construction on the partially completed Cockburn Integrated Health and Community facility for the City of Cockburn.

Gavin Construction had been tasked with the project but fell into administration earlier this year.

The Encore project, designed by architect Hillam Design, will have 87 one, two and three-bedroom apartments and two commercial units on the ground floor.