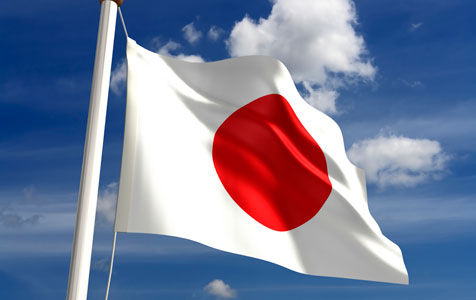 Amid all the focus on China’s growing economic strength it’s perhaps easy to forget about Australia’s strong ties to Japan.

Japan is Australia’s second largest trading partner and a large driver of capital flows. Now, Japan’s growth is picking up, supported by massive asset purchases by the Bank of Japan and fiscal stimulus.

Strong demand for LNG is set to continue, given a substitution away from nuclear power, and Japanese foreign investment is set to rise.

Indeed, optimism about the Japanese economy is arguably at its highest level in two decades. Prime Minister Shinzo Abe has a significant mandate for economic reform, and the first two parts of his economic revival plan – monetary and fiscal stimulus – are already lifting Japanese growth.

HSBC researchers expect Japanese growth to pick up in the short run, but are less confident about the medium term. What we are more confident about, however, is that the massive stimulus delivered by the Bank of Japan will soon lead to a new wave of capital flowing abroad, particularly to the ASEAN economies and potentially to Australia.

A pick-up in Japanese growth should further support demand for Australia’s exports. The type of growth that is already occurring in Japan is particularly favourable, with a strong growth in public construction approvals in early 2013 likely to provide support for demand for hard commodities.

The shutting down of 52 of Japan’s 54 nuclear power plants, following the Fukushima nuclear disaster, has also been a support for Australia’s exports, as Japanese energy producers have needed to move from nuclear to coal and gas energy production.

But trade is not the only way Japan could be supportive of Australia’s growth prospects – financial flows could be important too. Japan is a very large investor in Australia, far larger than China at this stage. More than 6 per cent of foreign investment in Australia comes from Japan compared with only 1 per cent from China.

Overall foreign investment in Australia from Japan has doubled in the past five years, with similar growth in direct and portfolio holdings. Further growth in the capital inflows should be expected, particularly given the size of the Bank of Japan’s asset purchase program.

Increased offshore financial flows from Japan will also indirectly support the Australian economy, with the wave of money likely to come out of Japan mostly likely to wash up in Indonesia, Thailand, Malaysia and Vietnam … supporting growth in broader Asia.

As we have noted recently, a key reason for our relative optimism about Australia’s growth prospects is its strong ties to Asia. The Asian economies are still expected to grow considerably faster than the US or Europe. So while much of the focus should remain on China, don’t forget Japan.