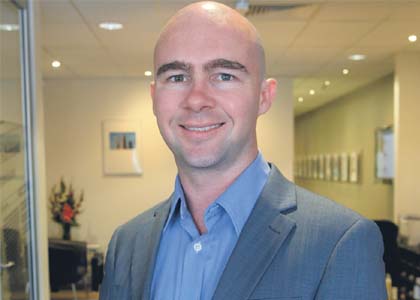 POSITIONMEONLINE is a full-service online marketing solutions provider that is about to embark on life as a public company after completing a backdoor listing.

Growing up surrounded by business is what drives Mr Mawhinney’s passion for his own venture, which he bought from his father at the age of 27 in 2011.

In less than 18 months, Mr Mawhinney has opened an office in Melbourne to spread the business’ focus away from a WA-only business, tripled the size of the team, and was approached by Reel Time Media to do the backdoor listing.

Mr Mawhinney says his biggest achievement was being able to work very closely with his father over the past decade and still maintain a healthy relationship, while his biggest challenge was telling his dad he wanted to buy the business.