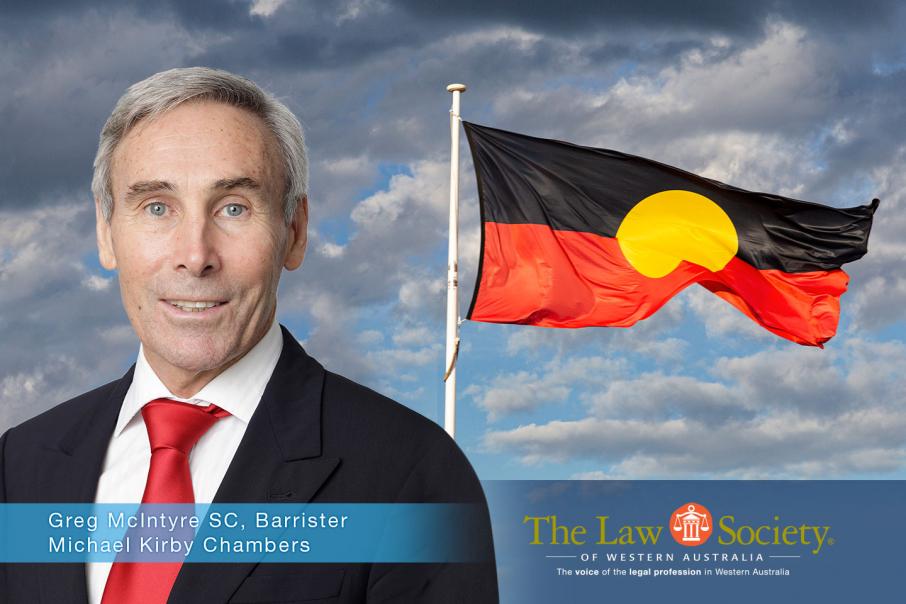 The statistical evidence and opinions of those who are knowledgeable about how Aboriginal people interact with the legal System in Australia and in Western Australia in particular suggest that in most areas of the law they are not well served by the justice system which they come into contact. That applies whether they are interacting with the criminal justice system or the family and civil law systems.

The Australian Human Rights Commission in its Submission in 2009 to the Senate Legal and Constitutional Affairs Committee said:

The Aboriginal Legal Service of Western Australia in 2013 in a submission to the Productivity Commission Inquiry into Access to Justice Arrangements[2] said:

It is indisputable that WA’s Aboriginal and Torres Strait Islander people do not enjoy the same access to justice in civil and family law matters as the non-Aboriginal population. The key barriers to participation are canvassed below; however, with regard to the actual level of demand in Aboriginal communities throughout the State, ALSWA has observed that there is an urgent need for culturally appropriate legal assistance in the following areas:

Unfortunately, ALSWA is prevented from providing legal assistance in almost all of these areas by the restrictions imposed by the Attorney General’s Department (AGD) Service Delivery Directions, as well as severe funding constraints.

Areas of growing unmet need identified by the ALSWA are:

The chief barriers to justice which the ALSWA identified are:

Aboriginal and Torres Strait Islander people are more likely than non-Indigenous people to experience multiple, intersecting legal problems. This includes elevated legal need in areas of, among others, crime, government, child protection, tenancy, discrimination, social security, credit and consumer issues and family law and family violence. However, legal services are not equipped to meet soaring demand, due to, among other things, limited resourcing. The need for funding for criminal matters, in addition to family and civil matters (including child protection) is acute. This is heightened in Rural Regional and Remote (‘RRR’) areas where service gaps are particularly severe.[3]

Community-based sentencing options are not equally available to Aboriginal and Torres Strait Islander peoples in RRR areas, despite their potential to address over-imprisonment, including due to minimal resourcing of culturally competent critical support services that underpin these sentences, and inflexibility in some sentencing regimes leading to the exclusion of those with complex needs. Aboriginal and Torres Strait Islander people are less likely to receive community-based sentences than non-Indigenous offenders, and as a result, may be more likely to be imprisoned for the same offence.

Findings have been made, and ongoing concerns expressed, that over-policing of Aboriginal and Torres Strait Islander contributes to their high rates of imprisonment. This can include, for example, a disproportionately large police presence, high levels of surveillance, enforcement of public order offences, and insufficient use of diversion or warnings in appropriate situations. Police protocols and guidelines should, where appropriate and community safety is not at risk, prioritise warnings and diversions over arrest. Concerns have also been raised that Aboriginal and Torres Strait Islander women may be subject to problematic police practices in response to family violence. police protocols should therefore ensure that police do not act on outstanding warrants when responding to incidents of violence, or inappropriately issue cross orders against both parties.

Aboriginal and Torres Strait Islander women experience barriers to access to justice more acutely than the general population because of trauma, racism, adversity and disadvantage, language barriers, cultural differences and social exclusion. They experience barriers to reporting family violence arising out of intergenerational trauma and experiences of discrimination, racism and poverty.  Specific barriers identified in 2015 in consultations by the Judicial Council on Cultural Diversity[4] included:

The JCCD has recommend the following strategies to respond to these barriers:

Aboriginal and Torres Strait Islander children are 9.8 times more likely to be placed in out-of-home care than non-Indigenous children.

Practices and policies in the realm of juvenile justice contribute to the criminalisation of young Aboriginal and Torres Strait Islander people. Initial offences leading to juvenile detention are usually non-violent.

Young people who commit minor offences often receive harsh sentences including jail time, setting them on a path of future crime and imprisonment, when they should be diverted into rehabilitative programs instead, that are run in a culturally competent manner, preferably by Aboriginal and Torres Strait Islander community-controlled organisations.

If our society is going to take these matters seriously there are a number things that can be done.

Commonwealth, state and territory governments should respect the right of self-determination for Aboriginal and Torres Strait Islander people, including through meaningful engagement in policy development and implementation. Community controlled organisations should be supported to play a leading role in improving access to justice for Aboriginal and Torres Strait Islander peoples.

Commonwealth, state and territory governments should address the funding shortfall for legal assistance organisations, including the ALSWA and Aboriginal Family Legal Service, including through a strong focus on addressing unmet civil legal need and address geographical gaps in legal service coverage for remote areas.

Mandatory sentencing regimes which disproportionately incarcerate Aboriginal and Torres Strait Islander people should be abolished in all states and territories.

Imprisonment arising from fine default should be abolished in all jurisdictions. All states and territories should consider the adoption of Work and Development Order schemes, along the lines of the existing New South Wales model.

Access to bail and parole accommodation and support programs should be expanded.

Culturally sensitive non-custodial sentencing options, co-designed by Aboriginal and Torres Strait Islander community-controlled organisations and run by them or in partnership with them, should be readily available in all jurisdictions and RRR locations, underpinned by sufficient culturally appropriate, trauma-informed services.

All state and territory governments should legislate to implement custody notification services.

Police protocols and guidelines should, where appropriate and community safety is not at risk, prioritise warnings and diversion over arrest.

A National Justice Interpreter Scheme should be implemented, so that professional, trained interpreters are readily available and free at all stages of the criminal and civil justice process to Aboriginal and Torres Strait Islander peoples and other culturally and linguistically diverse groups with insufficient means.

Courts should be supported to provide culturally appropriate support services and to ensure the facilitation of specialist sentencing courts.

Police protocols and guidelines should prioritise the appropriate recognition and provision of support to Aboriginal and Torres Strait Islander women and children who are subject to family violence. Protocols should ensure that police do not act on outstanding warrants when responding to incidents of family violence, or inappropriately issue cross-orders against both parties.

Governments and the broader justice sector should work together to address the intersectional needs of Aboriginal and Torres Strait Islander people experiencing disability by developing informed and culturally competent responses throughout the criminal justice system. This should include:

The inadequacies of Australia’s and Western Australia’s legal system on delivering justice to Aboriginal people are many faceted and impact in different ways on men, women and children. There are things which can be done, however, to improve that situation. It requires carefully targeted funding by Commonwealth and State governments and changes to legislation, policies and procedures, which are culturally appropriate and have at their base an engagement with Aboriginal people which respects their vulnerabilities and their entitlement to self-determination.