It’s time for unions to get with the program

Recent financial scandals make it clear the union movement must be more accountable. 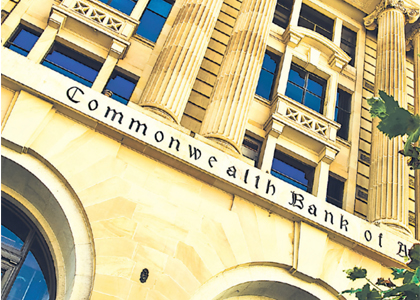 Recent financial scandals make it clear the union movement must be more accountable.

NO matter what impact the current drama surrounding Prime Minister Julia Gillard’s past involvement with the Australian Workers Union has, it really must be a catalyst to bringing unions into the 21 st century.

After the nonsense of the investigation of allegations about Craig Thomson’s use of funds while head of a chapter of the Health Services Union, and the more recent dredging up of details around Ms Gillard’s role as legal adviser to shady characters in the AWU - it is time for action.

The prime minister wants all of this to go away, claiming it is just a smear campaign.

But surely it is a sign of a deeper, imbedded malaise.

Unions are, by nature, fairly fluid organisations. They attract people who are either genuinely interested in workers’ rights or who have political motivations that may benefit from a union association.

Some people’s ideals or motivations may well be sidetracked along the way by the opportunity to make money or wield power.

Perhaps that is being too generous. I would not be surprised to find that some unions have a corrupt culture in which many people at the executive level joined for financial gain.

This kind of behaviour has echoes in the commercial world, of course. People start businesses for all sorts of reasons, some of which change over the course of time.

Some companies even feign altruism to win consumer support.

But companies, especially listed ones and larger private entities, have much more stringent reporting roles than any union I have seen.

And unions have unprecedented power, which would be hard to compare with anything but the largest and most heavily regulated companies such as Telstra, leading banks and even major mining companies.

• unions generally have near monopoly power over the industries they engage with;

• unions can nominate people to sit on the boards of many powerful institutions, such as industry superannuation funds;

• unions are the major funder of the Australian Labor Party, which holds power federally;

• a union background is the most common career experience for Labor parliamentarians; and

• unions act on behalf of members who have paid their dues, in some cases large numbers of them.

This is significant. I have no problem with workers organising themselves, but I have long been uncomfortable with unionism in this country - it is powerful, unregulated and, therefore, open to corruption.

Just a cursory glance at recent annual reports from the AWU’s Western Australian branch shows how the governance standards of these types of organisations seem so much weaker than those in the corporate sector even moderately as influential.

For example, even a minnow of a listed exploration company, which has no way of influencing government policy, would be answering some very public questions if it presented a report card like the AWU WA branch.

Not that I am suggesting the AWU or its executives in the recent past have done anything sinister, it just looks a bit amateur compared to the corporate sector.

How, for instance, did it manage to incur a qualified audit five years in a row, with the same qualification raised in each of those years? The problem was that even though the union’s main source of funds is membership dues, it found it impracticable to establish control over the collection of membership contributions prior to entry into the financial records.

Even the local footy club knows who has paid their membership before its annual meeting; how can a major union with more than 6,000 members not have those kind of financial controls? And this was just last year, so goodness knows what went on the day when everything was done by hand in a ledger.

It took Fair Work Australia five years to raise it with the union, which itself appears not to have attempted itself to correct the problem.

This is not the first time in the past decade that the union has had a qualified audit.

In 2002, auditors from Osborne Park-based accounting firm Haines Norton issued a qualification highlighting the issue of a $183,599 receivable from the AWU’s national office.

“There is some uncertainty surrounding the collectibility (sic) of this amount due to us being unable to obtain any information on the financial position of the national office as at June 30 2002,” the auditors said.

The auditors said that, due to significant past operating deficits at the national office, provisions for doubtful debts should have been increased by this amount - changing a healthy surplus to a large deficit.

I went through the following years’ accounts and the majority of that debt, a $146,505 loan to head office, sat on the books until the annual report for the year ending June 30 2008. I find it remarkable a loan of that size, which was judged to be potentially doubtful by auditors, sat unpaid for at least six years and then was paid off without any detailed explanation.

To me it highlights the lack of accountability that allows those with ulterior motives to operate within these organisations.

I don’t suggest with any of the above that anything untoward has taken place at the AWU in the past decade or so. I am simply showing that there seems to be a lack of standards you would expect of such powerful organisations that claim to represent so many people.

Those lax standards would appear to have been abused by some in the past, such as in the AWU in the early 1990s and at least one branch of the HSU in more recent times. The rules should be brought into the 21st century to thwart such potential abuse in the future.

I RECENTLY attended an interesting presentation by architect Marshall Strabala, who played an integral role in plans for three of the world’s tallest buildings, including the Burj in Dubai.

Quite rightly, he believes Perth lacks some of the scale and infrastructure to justify the construction of huge towers, although he made a good economic argument for building a super tall building in the middle of a park, rather than hundreds of houses over the same space.

But Mr Strabala also suggested that issues with high-rise abound the world over, at levels well below the stratosphere touched by the likes of the Burj.

Mr Strabala believes there are big dangers in trying to use planning rules to control where cities will end up organically. He was scornful, for instance, of uni-form-height policies such as the eight-storey coastal limit that was somehow decreed for this state’s enormous coastline.

In the end, he said, row upon row of buildings of uniform height present their own problems - and make it economically difficult for developers to introduce variety for reasons of an aesthetic nature, such as allowing light in.

Oddly enough, he also pointed to Houston, a city often condemned for its lack of planning.

In the end, Mr Strabala said, fundamentally that doesn’t make much difference - except in the cost of development.

“It is the same as any other city,” he said.

“I could not see any difference; planning just slows things down and creates corruption.”