It’s business as usual in China

The case of Stern Hu is disturbing but should not be surprising to China watchers. 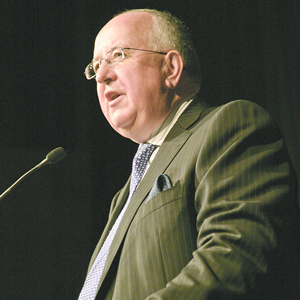 MANY contentious political and commercial issues emerge with a sudden splash then fade away when it becomes clear the underlying issues are not terribly significant.

The case of arrested Rio Tinto executive Stern Hu is the opposite. It started as a modest news story, partly because of the sheer paucity of information, but has grown in significance as the weeks have unfolded and may ultimately have a defining impact on Australia's relationship with China.

As this newspaper goes to press, the issue is still clouded by the lack of information.

But is this surprising? Indeed, should we be surprised by the case at all?

It has shone a bright light on practices in China that have occurred for decades, if not longer.

China is a one-party state, under the rule of the communist party for nearly 60 years. No surprises there.

The ruling party has at times been ruthless in the policies it has pursued to maintain its grip on power. No surprises there either.

The country has, at best, an opaque legal system that has tripped up many Western companies over the years.

All this is well known, yet Australia, like every other Western country, has been more than willing to trade with China. Its rapid growth has been an irresistible magnet.

Rio Tinto, the company at the centre of the diplomatic storm, is at the forefront of Australia's growing trade ties with China.

Ironically, but not surprisingly, Rio's Perth-based iron ore chief executive Sam Walsh said last week it was pretty much business as usual, despite the legal and diplomatic dispute.

"Rio Tinto continues to operate in China and is maintaining high levels of iron ore shipments from Australia," Mr Walsh said in a statement.

If the commercial response were anything else, WA would have a lot to worry about.

China is the state's largest export market and is fuelling the two biggest drivers of growth - expansion of the iron ore industry and the development of new liquefied natural gas (LNG) projects.

This economic reality does not mean WA or Australia should discard any moral compass to guide its commercial and diplomatic relationships.

It does mean we need to be mature and open-eyed when we evaluate our relationship with China.

It also means that looking at the issue through Chinese eyes can be illuminating.

The general consensus is that China feels slighted by the way it has been treated in iron ore price negotiations, and specifically in its dealings with Rio Tinto.

China seems to be responding by using every weapon in its arsenal.

It is entirely plausible that China has taken legal action against Rio executives, including Australian citizen Stern Hu, because of frustration over its lack of success in commercial negotiations.

Mr Walsh insisted last week that the "allegations in recent media reports that employees were involved in bribery of officials at Chinese steel mills are wholly without foundation".

Anyone who knows Rio and Mr Walsh would agree that the company stands by its "strict and publicly stated code of ethical behaviour".

That is unlikely to be enough to save Mr Hu and his Chinese Rio colleagues. Most China watchers believe the die is cast, making it inevitable they will serve time in gaol.

This is an uncomfortable situation but, as noted above, it is not new.

This is part of the reality of contemporary China, a country that is going through rapid change and seeking to manage the tension between central control and flourishing free markets.

There is nothing inevitable about China's evolution but it seems plausible that continued economic growth, growing prosperity and increasing ties with Western countries will lift internal aspirations for civic freedom.

That is to be welcomed and will hopefully lead to the development of a legal system that does not allow a repeat of the Stern Hu case.