It may not be ‘fair’, but that’s business

Cheap energy in the US is hurting European manufacturers, as some local retailers struggle to counter online sales. 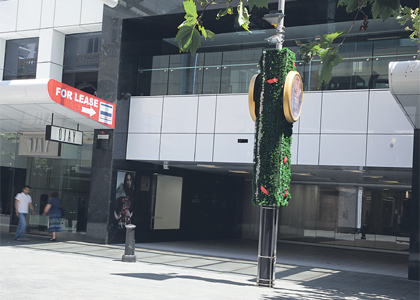 CHANGE: Consumers’ preference for the convenience of the internet and home delivery is hurting many traditional retailers. Photo: Annaliese Frank

Cheap energy in the US is hurting European manufacturers, as some local retailers struggle to counter online sales.

EVERYONE loves a bargain, as two seemingly separate events with potentially dramatic effects on business are currently demonstrating - one in Australia and the other in Europe.

In Europe, a similar threat of closure has surfaced in the form of energy costs and the fact that they’re rising rapidly across the region while falling in the US - a manufacturing rival.

The common thread linking Australian shops and European steel, vehicle and chemical industries is the cost of doing business and what happens when a cheaper rival opens the doors.

Interestingly both trends - the internet and the cost of electricity - are universal issues, so events in one country quickly spill over into another, which means the problems over there soon pop up here.

The problems of retailers are well understood, and while the man behind the Harvey Norman department store chain has a habit of making extreme statements, his vast experience means he cannot be ignored.

“You’ve seen more retailers go out of business in the last two years than you have seen in the history of Australia and there are more retailers under pressure,” Mr Harvey told the annual meeting of the company he founded and still leads.

“There are a lot of businesses hanging on for Christmas and expecting Christmas sales to be good but they have this gut feeling that the first half of next year is going to be extremely difficult.”

Most consumers know the retail world is reeling and that they are the cause, redirecting a portion of their spending to internet shopping and the convenience of front-door deliveries.

Even if just 10 per cent of retail sales shift to internet sales, that is the profit margin for some shops, many of which do not have a well-developed electronic sales solution.

In some ways, Australia is merely following a trend set first in the US, where internet sales started and where revolutionary retailers such as Amazon have stolen a large share of the market, able to operate without the cost of opening shops.

In Europe, there is growing concern over another US innovation -cheap gas.

Last week, two of the region’s biggest industry groups released a policy document pointing out that many of their 200,000 corporate members were being hurt by higher electricity charges caused by the widespread switch to renewable electricity sources such as wind and solar.

Some of Europe’s leading businesses, including Germany’s Siemens and Austria’s Voestalpine, warned that jobs and entire factories could relocate in pursuit of the cheaper power on offer in the US.

Dow Chemicals, which operates in both the US and Europe, describes the development of the shale gas and shale oil industries in America as a “game changer”, a signal that it will concentrate production where the power is cheapest.

The head of steel maker Voestalpine, Wolfgang Eder, described the growing gap between US and European energy prices as “dangerous for all industries in the EU’.

The problem is a mirror image of the retailing predicament; it’s hard to stay in business when someone else is working from a much lower cost base.

Australia’s manufacturing industries are yet to feel the same pressures as those in Europe, but they will as our push into the renewable energy sector adds costs, albeit in the name of making a contribution to mitigating the effects of climate change.

IF anyone doubts that Australia is travelling the European road to higher electricity costs, they haven’t factored in the cost of the bureaucracy surrounding the renewables sector.

At last count there were four Australian government departments or agencies managing the push into renewables, each with its own staff.

Top of the pile is the Climate Change Authority, which advises government on how to reduce carbon emissions; next is the Clean Energy Regulator, which administers emission laws; followed by the Renewable Energy Agency, which invests in renewable technologies, and finally the Clean Energy Finance Corporation, which dishes out the $10 billion in taxpayer funds earmarked for clean energy projects.

If that pile of government bureaucracies had not actually been created in Canberra, a casual visitor to Australia from another country might imagine that he was reading a script from the fabulous Yes Minister television comedy, where administration always overrode achievement.

Reports of the bloom in new government agencies, and a claim by Chief Climate Commissioner Tim Flannery that solar and wind power could be the cheapest form of power by 2030 as carbon prices rise, triggered a marvellous retort from leading climate-change sceptic, Viv Forbes.

Well-known in Queensland as a champion of the coal industry, Mr Forbes noted that Professor Flannery’s forecast was eminently achievable as “any industry can be destroyed by taxing it to death while subsidising its competitors”.

In a few words the comments from both men describe what will be one of the great debating topics of the 21st century - the real cost of combating climate change if some countries do not participate in the game.

The reaction of European industry to the arrival of high power bills just as US industry enjoys lower power bills is an early indicator that attempts to orchestrate a man-made response to climate change could trigger economic feuds.

SPEAKING of mirror images; has anyone else noticed the amusing similarities between Prime Minister Julia Gillard and her private sector nemesis, Gina Rinehart?

• Both claim to have a big vision for Australia.

• Both exert power - one political, the other financial.

• Both have well-developed denial capacity - one over her role in the sacking of Kevin Rudd, the other over being called an heiress.

• Both carry historic baggage - one because of past union friends, the other courtesy of her father’s mistimed financial deals.

• Both are campaigning - one for re-election, the other for greater recognition of her achievements.

Oh, and both would totally reject any comparison with the other.

“Any fool can criticise, and many of them do.”