Is your business ripe for disruption?

Businesses that fail to adapt to a changing marketplace are doomed to fail. 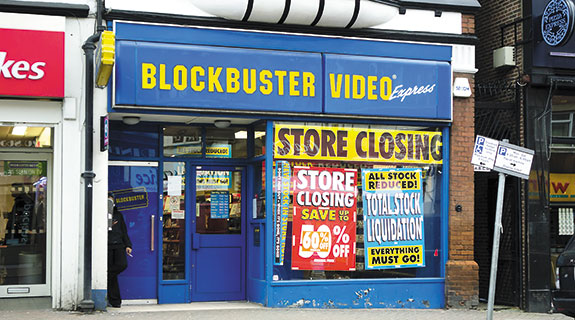 Most people are aware of the disruption currently playing out in the taxi industry with the arrival of ride-sharing company Uber and other variants such as BackSeat and CarNextDoor, all armed with tech-enabled business models.

Similar disruptions are happening in the accommodation space, with Airbnb offering an alternative to traditional hotel and motel offerings, and Netflix, Presto, and other services yet to arrive in Australia – AmazonPrime, Cloudload and GooglePlay – having all but annihilated the DVD rental industry. Blockbuster filed for Chapter 11 bankruptcy back in 2010 because it failed to adapt its bricks-and-mortar business model.

But what do we mean by the word ‘disruption’?

Disruption is to cause something to be unable to continue in the normal way; to interrupt the normal progress or activity of something.

Disruption in a business sense is not just about a new way of gaining market share, but rather a tectonic shift in how business is actually done.

Examples of these new business paradigms include the previously mentioned Uber, the worlds largest ‘taxi’ company, which yet it owns no vehicles and employs very few staff. Similarly, Airbnb is now the world’s largest accommodation provider, yet it owns no properties.

Other new business models include Alibaba, which is the world’s most valuable retailer despite having no inventory, and Facebook, the world’s most popular media owner, which creates no content.

An example of Alibaba’s retail prowess is that, on November 11 2014, Chinese singles day, its total retail sales in the 24-hour period amounted to $US9.3 billion. Zappos, now a division of Amazon, is the world’s largest online shoe retailer with annual sales exceeding $US2 billion. Two of its unique selling propositions are: free delivery for both purchases and returns; and shoppers can return shoes for refund up to 12 months after the date of purchase.

The ABC recently announced the closure of its national chain of 50 retail stores; not because its products are no longer in consumer demand, but because it failed to develop a business model to meet the ever-changing demands and expectations of its customers.

Bricks-and-mortar retail stores are not dead, in fact far from it, but unless retailers develop and implement new and exciting multi-sensory customer experiences that attract today’s discerning and demanding consumers, they will struggle to survive.

Apple, the world’s number one bricks-and-mortar retailer (sales per square metre of retail area), shines as example of just how successful the new retail business model can be.

Apple also demonstrates that street front retail has to be supported by a well-developed web presence; otherwise recent reports like that of Wal-Mart having been overtaken in value by online Amazon ($250 billion v $230 billion) will become more commonplace. Any retailer without an online presence will struggle to remain viable.

Zipcar is challenging the century old business models of car rentals and private car ownership. And driverless cars are already permitted on the roads of four American states, with trials to start in Adelaide this coming November. The positive ramifications of this new technology are quickly being realised by entrepreneurial innovators who are already designing and developing new business models for a time, not far away, when private ownership of cars will be assigned similar status of the once-ubiquitous horse.

The burgeoning construction of high-rise apartments located in close proximity to CBDs and/or public transport systems are also reducing the reliance and need for private cars.

Tesla cars are challenging US state legislature by wanting to sell cars manufacturer-direct, negating the need for franchised dealerships. Manufacturer-direct is a business model that has been the backbone of computer manufacturer Dell’s success for many years.

Other areas of commerce and industry are not immune. Real estate, accounting, law, car sales, financial planning, information technology, architecture, agriculture and food production are just a few of the sectors already in the cross-hairs of new industry entrants with game-changing technologies and systems ready to create real headaches for business-as-usual mindsets.

And please don’t be lulled into complacency by thinking that current legislation will protect you; that’s what caused the current taxi industry trauma.

Well, that’s changed. If you continue to do what you have always done, your business will cease to exist; adapt or die.