Is nickel back in the game?

Whether it’s a blip on the radar or a turning of the commodities price cycle, things are looking better for nickel. 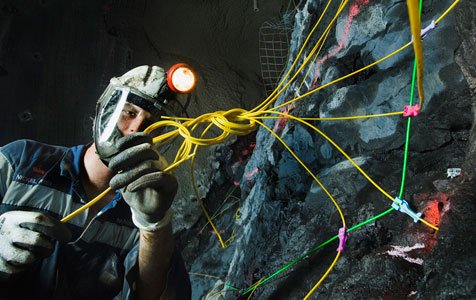 OPTIMISTIC: Rather than reflecting a negative sentiment, the sale by BHP Billiton of its Nickel West facility could be good news for the sector.

One door shuts, another door opens; that’s the best way to see the change under way in Western Australia’s mining industry, as iron ore hits a long-predicted price decline and nickel springs back to life.

The iron ore fall, which is about a year overdue, is a result of excess supply hitting a flat market; and while it will hurt a handful of small, high-cost, producers it will not slow the big miners such as Rio Tinto and BHP Billiton thanks to their low-cost operations.

Nickel is a story in reverse, with supply being crimped by changes to the law in Indonesia that prohibit the export of unprocessed ore, and by the potential threat of a Russian embargo on nickel sales to the Western world if it is hit by sanctions over its incursion into Ukraine.

The iron ore situation is so well understood, and has been predicted so often that the only surprise is that some people are actually surprised by the price decline.

Quite simply, the industry is producing more iron ore than the market requires, a fact well understood by the biggest miners and easily demonstrated by their rush to slash costs over the past 12 months despite high daily prices and near-record profits.

The cost cutting reflects a private view held by senior company managers that the boom years have passed.

People with a deep understanding of the way the iron ore industry moves in long-wave cycles could see that the days of easy money were over, and the game for the next few years will be about cost controls – with the lowest-cost producers winning and high-cost producers being squeezed out.

That’s what cost cutting at a time of high prices has been about. Like farmers, the big iron ore miners have been getting ready for the drought.

Nickel, after three grim years of falling prices, might be at the opposite point in its cycle, which is why BHP Billiton has chosen now as the time to officially offer for sale Nickel West, arguably the most important business in WA’s eastern Goldfields region with mines and processing operations that stretch from Kambalda north to Leonora.

Widely seen as a negative comment on the outlook for nickel, the imminent exit of BHP Billiton could actually be the most significant positive because it has never been a comfortable investor in nickel, preferring bulk commodities such as iron ore, coal, oil, gas and its emerging star, Canadian potash.

The reading of the nickel market from within BHP Billiton is that prices have been so depressed thanks to Indonesian flooding of the market that a sale of Nickel West would be difficult, at any price.

So rather than battle a public relations nightmare by sacking thousands of workers as well as triggering expensive closure costs, such as enforced environmental clean-ups at multiple sites, BHP Billiton waited for the first sign of a sustainable uptick in the nickel price.

The rise in the price back above $US7 a pound last week seems to have been the sign BHP Billiton was waiting for, with a sale (even if at a peppercorn price) preventing the total collapse of Nickel West, a viable business in the right hands, which means an owner prepared to invest in modernising production facilities, some of which are 40 years old.

From a WA perspective it really doesn’t matter whether BHP Billiton gets the $1 billion it is said to be seeking for Nickel West, or $1, because the value for everyone lies in finding an owner with an interest in nickel and a willingness to streamline the business so it can grow into the next upswing in the price cycle.

The question any prospective buyer of Nickel West will be asking is whether nickel is on that upswing and whether there really is a supply-demand change underway, or whether the recent 15 per cent price rise is a temporary blip.

No-one knows the answer to that question but there is a degree of optimism that higher prices could become a feature of the nickel sector, aided locally by a fall in the Australian dollar should downturn in the iron ore price affect international sentiment.

Macquarie Bank is one of the more confident observers of the nickel sector, noting in a research report published late last month that it was “getting bullish about nickel”.

A lot depends on whether Indonesia sticks to its ore export embargo. If that happens then the nickel price could fly, potentially hitting $US8/lb this year, and $US10/lb in 2016 as a surplus of nickel in the world market flips to a substantial deficit.

Buffet at the vanguard

Another industry facing a stormy time, if its most influential participant is correct with his forecast, is investment advice, and its close affiliate, stockbroking.

Already in deep trouble caused by intense competition, which has crushed brokerage rates, and by self-managed superannuation funds engaging in minimal share trading, the next problem lies in the latest words of wisdom from Warren Buffett.

Widely regarded as the world’s smartest investor, the man known as the ‘sage of Omaha’ reckons that the best form of future investment for most people is to buy a low-cost, index-linked fund.

The advice is contained in a letter from Mr Buffett to his wife that has been attached to his will in which he says 10 per cent of the fortune being left should go into government bonds and 90 per cent into a fund such as a Vanguard fund, which does nothing but track the S&P 500 index.

In Mr Buffett’s words, the Vanguard fund, or any similar fund would deliver results “superior to those attained by most investors, whether pension funds or institutions that employ high-fee managers.”

Chinese tiles and other ceramics have an extra gloss this year, according to a study of that country’s title industry by Perth-based Iluka Resources.

The shine is coming from a slightly thicker application of the zircon that Iluka supplies; and while it’s not a reason to rush out and buy Iluka shares it is a reason to feel a little more optimistic about the outlook for WA’s mineral sands industry.