Is VR coming to Christmas at your place?

VR consumers will have their hands full this Christmas, with a raft of new products on the store shelves. 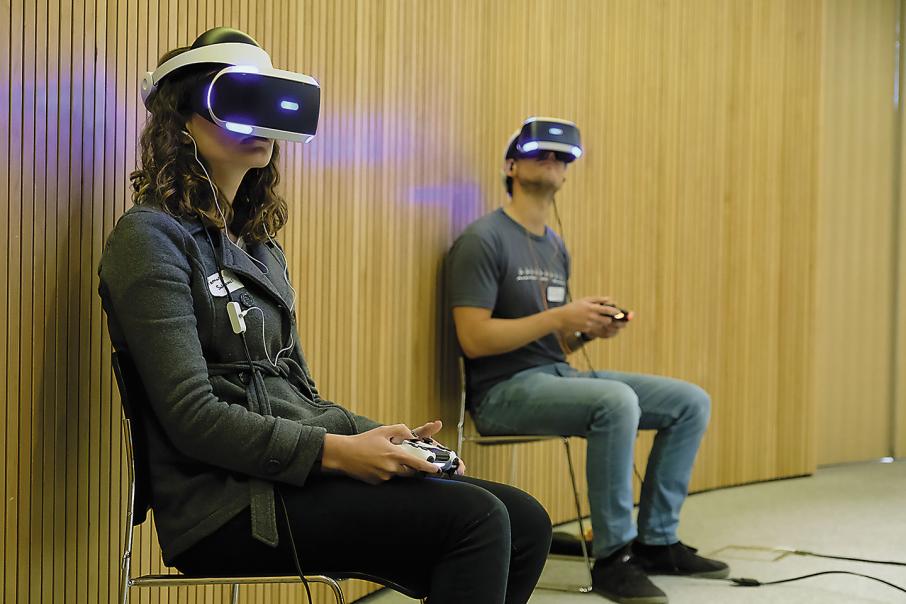 VR consumers will have their hands full this Christmas, with a raft of new products on the store shelves.

Christmas 2016 marks a new era for virtual reality enthusiasts, with a wide selection of VR offerings available for the first time.

Microsoft has also thrown its hat into the ring with its Windows 10 VR headset, but it is not expected to be available until early to mid 2017.

But will this cornucopia of VR offerings make Christmas 2016 the tipping point for mainstream adoption? Maybe. Prices, especially for Sony’s offering and the mobile VR offerings are already dropping, making them more accessible.

Headsets, however, are not readily available in stores, particularly if you’re outside the US.

Facebook CEO Mark Zuckerberg proclaimed during the Oculus Connect conference in October that VR would be the next major computing platform.

As with any new platform, mainstream adoption depends on the killer app – an application or bit of content that is so appealing or useful, it becomes a ‘must have’. For the internet it was email and then the web. For desktop computers it was word processing, spreadsheets and, of course, games.

As with the desktop computer, I’m betting games will also be one of the key drivers of VR. Games are a natural fit for VR. Gamers and game developers alike already understand and see the potential for the platform.

VR is also the natural progression of what’s already been happening with video games, which have become increasingly realistic and immersive year after year.

Unsurprisingly, VR has already established a firm foothold within the games world, with Sony’s October launch of the PlayStation VR. The PS VR runs on the PlayStation 4 and newly launched PlayStation 4 Pro, which are already in more than 40 million homes between them. The system launched with some strong and intriguing smaller titles, such as Rez and Thumper, but we have yet to see blockbuster VR titles in the same vein as games like Call of Duty. It will happen, but not in time for Christmas.

The other application I’m betting on is perhaps a bit less obvious – social VR.

Social VR is precisely the reason Facebook acquired Oculus back in 2014. A social media giant purchasing a VR startup may seem counterintuitive, but it actually makes perfect sense.

At the Oculus Connect conference, Mr Zuckerberg showed off his company’s new social VR prototype. In what is in many ways a VR layer on top of Facebook, the prototype allows people to do things with each other in a shared space.

The social aspect of VR is another natural fit for games, which already have a long history of bringing people together in virtual environments. For example, MMOs (massively multiplayer online) games, such as the widely popular World of Warcraft, have been around for years.

Beyond games, social VR and its cousin AR (augmented reality) have a huge potential in the workplace by allowing teams spread around the world to feel like they are actually in the same room. More importantly, it enables users to be able to see and experience the same things.

Social VR/AR will resolve many of the frustrations and limitations of conference calls, screen sharing and web meetings. Microsoft is already betting on this with its Hololens, which features an augmented reality version of Skype.

These applications of social VR converge with a global shift towards freelancing, location independence and the gig economy.

According to a recent study commissioned by Intuit, 34 per cent of US workers are currently freelancers, with that number expected to go up to 40 per cent by 2020. Co-working spaces catering to location independent entrepreneurs or digital nomads are also starting to pop up in appealing locations. Bali’s Hubud, which I visited in early November, is one such space. It features high-speed internet, Skype booths and is open 24 hours so users of the space can work with clients anywhere and in any time zone.

As anyone who has worked remotely knows, there are limits to what can be accomplished over Skype. VR and AR will start to close this gap and will likely be used to support this new mode of location independent work.

While most of this will not be here in time to make this Christmas a VR Christmas, it will happen.

It’s not a matter of if, but when.

• Dr Kate Raynes-Goldie is a VR/AR/MR expert. She is the founder and creative director of Reality Cubed and an adjunct research fellow at Curtin University. She owns shares in Sony.