The share prices of Australia’s big iron ore miners have fallen by an average of 13 per cent over the past week, under the weight of a lower commodity price and higher costs. 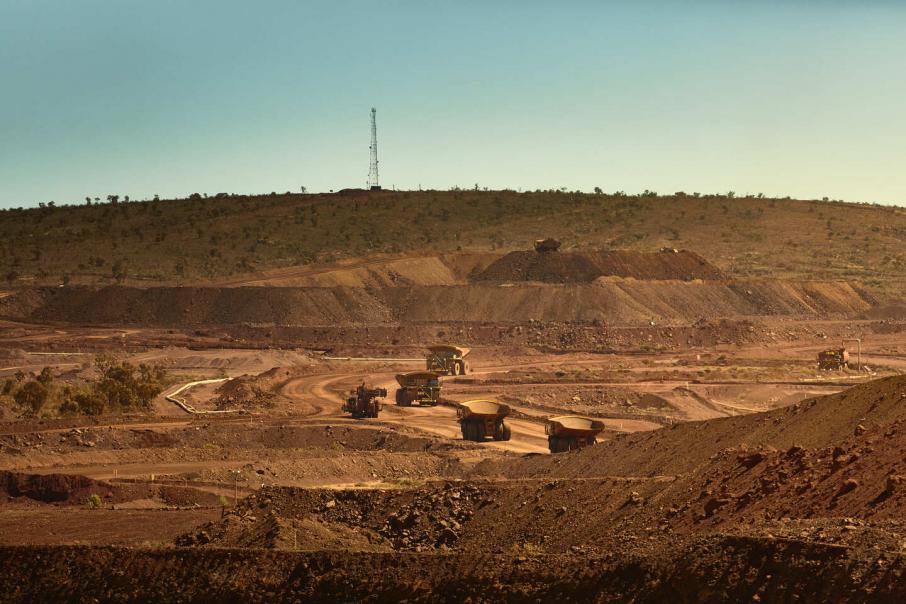 The share prices of Australia’s big iron ore miners have fallen by an average of 13 per cent over the past week, under the weight of a lower commodity price and higher costs.

The sharp sell-off this week added to a steady slide over the past month, which has seen share prices decline by about 20 per cent.

The biggest loss has been incurred by Perth-based Mineral Resources.

BHP has also suffered a large fall over the past week, down 15.9 per cent, though that was exacerbated by London investors reacting adversely to plans to end its dual-listed structure.

As a pure-play iron ore stock, Fortescue Metals Group rode the boom briskly on the way up and has been hit hard on the way down.

Rio Tinto has also been sold heavily over the past month, down about 20 per cent from its recent peak to $107.23.

The main reason for the sell-off has been the sharp decline in iron ore prices.

After peaking at around $US220 per tonne in mid July, the benchmark price for high grade ore (62% Fe) has fallen to about $US152 per tonne.

Most analysts expect the price of the steel making commodity to fall below $US100 per tonne, closer to its long-run average.

The miners have also been dealing with substantially higher operating costs, as a result of multiple factors including exchange rate movements, higher labour costs, COVID costs and higher diesel prices.

BHP revealed this week that production costs in its WA iron ore business would be between $US17.50 and $US18.50 per tonne in the year to June 2022.

The other big miners have also had to absorb substantial increases, though with operating costs well below $US20 per tonne, they continue to generate very healthy profit margins.