Having secured funding for her Roy Hill mine, Gina Rinehart’s fortunes will soon rely on something she can’t control – the iron ore price. 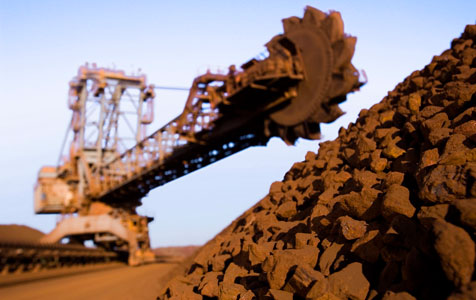 To her friends and critics alike, Gina Rinehart can sometimes appear to be an immoveable object, refusing to be swayed by external pressures. A similar claim could be made about the iron ore price, which sometimes seems like an irresistible force, exposing sometimes-frail financial forecasts.

However philosophers and investors will have to wait a year or two to discover which of the great forces – the immoveable object or the irresistible force – emerges victorious in the battle of ‘Rinehart versus the iron ore market’.

Right now it is easy to see that Mrs Rinehart is leading in the contest, having just secured the debt package necessary to finalise construction of the $US10 billion Roy Hill iron ore mine in the Pilbara, aided by a historically high iron ore price of more than $US100 a tonne.

If Roy Hill’s all-in cost of production is around $US70/t, roughly the same as the mines operated by Fortescue Metals Group, then it will generate an annual profit of about $US1.65 billion – after meeting all costs, including debt servicing, with 70 per cent, or $US1.1 billion a year, going into Mrs Rinehart’s bank account (assuming a family dispute doesn’t water down the cash flood).

When added to the estimated $US1.3 billion flowing each year from her 50 per cent stake in the Hope Downs mine, it is easy to see that Mrs Rinehart is assured of keeping her title of Australia’s richest person, and likely to move up from her current global ranking of 46th richest person in the world.

In order for Mrs Rinehart to enjoy the potential bumper profits from Roy Hill, she will need a few things to go right because her new mine will not enjoy the same benefits as Hope Downs, which is plugged into the world’s lowest cost iron ore mining system that enables Rio Tinto to produce ore at an estimated all-in cost of $US47/t.

There are many unknowns about Roy Hill, and they’re likely to stay that way because it is very much a private venture, with the financial details available only to the four shareholders – Mrs Rinehart plus three outside investors from South Korea, Japan and Taiwan – plus the 19-member bank syndicate.

But, there are also some ‘knowns’ about all new mines, among them the question of actually building it on time and on budget, a challenge that eluded most resources-project developers during the boom years, but which should be less of a problem today given the ready availability of equipment and skills.

The construction phase is the first hurdle for Mrs Rinehart to clear and she will be hoping that past disagreements between her family and the Australian union movement will not return to damage the project’s budget and timetable.

The second hurdle is the iron ore price, the irresistible force mentioned earlier, because like all Australian mine owners Mrs Rinehart is a price taker with very little room to negotiate a price above that offered by Asian steel mills.

Roy Hill, because it is said to have very low impurities such as phosphorous, alumina and silica, might attract a price premium and might also receive another premium for any ‘lump’ ore delivered because of its role in helping lower pollution levels at steel works.

However there is a long-term challenge confronting all iron ore miners and that is the issue of rising worldwide supply hitting a market that is not growing as fast as it once was. This has led to consistent forecasts from most investment banks, such as JP Morgan and Goldman Sachs, that the long-term iron ore price for material assaying 62 per cent iron will be around $US80/t.

There is some comfort for Mrs Rinehart in the fact that the banks have been using the $US80/t price tip for some time, and have been wrong for some time.

The questions she will be considering is whether the banks will always be wrong and whether the iron ore price can stay above $US100/t, because if it slips to $US80/t forecast there will be considerable pressure exerted on Roy Hill’s financial structure, just as there will be pressure on FMG and every other Western Australian iron ore miner except the big two – Rio Tinto and BHP Billiton – with their super-low costs.

An abundant, and available, supply of natural gas is emerging as one of WA’s competitive advantages over other states, which are facing a gas drought thanks to an imminent surge in demand from new gas-export projects and a failure of government to encourage exploration.

The demand side of the equation will soon be dominated by the start-up of three liquefied natural gas projects near the Queensland port of Gladstone, with gas for conversion to LNG supposedly coming from inland coal seams that would be dedicated to the export trade without affecting domestic gas supplies.

Unfortunately, the development of the coal-seam gas deposits has been slower than expected, with the result being a fallback on conventional gas, such as that produced in South Australia’s Cooper Basin.

For residential and industrial customers in Sydney and Melbourne, a gas shortage equals higher gas prices with the possibility that the whole of the east coast will soon be paying the same price as LNG buyers in Tokyo.

The challenge of developing an LNG project based on coal-seam gas was well flagged several years ago, with the gas trapped in coal being in smaller pools and harder to extract than gas in conventional structures – not that such geological realities will comfort people in Sydney and Melbourne as their power prices soar.

News that US-based Caterpillar is facing a Senate probe into its tax structure will be keeping the accountants at Perth-based WesTrac awake for the next few months, not that the local Cat dealer has been mentioned in reports from Washington, yet.

The focus seems to be on Cat’s dealings in Switzerland, Bermuda and Luxembourg, which are all interesting addresses for a maker of heavy earthmoving equipment, as they seem to have more to do with moving money around rather than dirt.