London may seem like an odd place to be picking over the entrails of the world’s resources industries, but the title of the Mines and Money conference says it all, really. 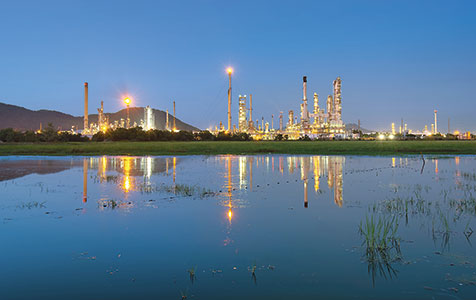 FLOW-ON: Lower oil prices are one factor in the positive changes ahead for Europe’s manufacturing sector. Photo: iStockphoto

Heavy falls in commodity prices, especially for iron ore and oil, are buffeting the Western Australian economy; but for some of the world’s most important countries, what’s happening is the equivalent of an early Christmas present.

For the US, China and Japan, paying less for imported raw materials means stronger economic growth; and for the sick man of the Western world, Europe, it represents a chance to achieve some growth, however modest, after a decade in the wilderness.

Over the next few weeks this column be taking a close look at how Europe is emerging from its worst downturn since 1945, a process that will start by attending an event often been a scene-setter for WA – the Mines and Money conference in London.

At first glance it might seem that London has little to do with the world of mining and oil. In reality, however, interest in resources by city fund managers is absolutely critical to the mining industry, because without the support of London money men it can be difficult for Australian miners to raise the capital essential for exploration and mine development.

Right now, after the dramatic collapse in iron ore and oil prices, it’s fair to say that London has turned its back on those two commodities.

It is, however, a different story in another part of the resources world – industrial metals such as zinc, aluminium, copper and nickel.

Once you understand the changes under way you should also see how to make money on the stock market over the next few years, and how to avoid losing more than you already have.

Iron ore, as has been noted in this column repeatedly over the past two years, has entered a period of significant oversupply, leading to a bloodbath among small and high-cost miners, and a return to a time when there were only two successful miners of the mineral – BHP Billiton and Rio Tinto.

Oil has also entered a period of oversupply, which will severely test high-cost producers (though the oil-price correction is unlikely to last as long as the iron ore downturn, which could last a decade, or more).

Industrial metals are different, thanks in part to the oil-price collapse, which is boosting confidence in countries with big manufacturing sectors and big fuel bills.

That’s when the improving outlook for Europe becomes important, because it is starting to benefit from a number of factors that include lower oil prices, a weaker currency and cheaper labour, as once-pampered European workers discover that they must accept pay cuts if they’re to get jobs.

Over the next few months the impact of currency movement and falling fuel bills will flow into Europe’s manufacturing sector, potentially producing the same effect as that experienced in the US, where cheaper energy has triggered a growth spurt that can be measured in the soaring value of the US dollar.

For Australia, the first signs of an economic reawakening in Europe is exceptionally good news because it means that two of the world’s most important economics – the US and Europe – could enjoy a period of synchronised growth.

In time, growth in Europe (as well as the US) will flow into increased demand for industrial metals of the sort that have been forced to play second fiddle while iron ore was the only game in town.

In a way, cheap energy for the industrialised world is becoming the equivalent of cheap labour in emerging economies; and just as cheap labour has propelled Asia for the past 20 years, so will cheap energy propel the US and, hopefully, Europe.

Investors with an eye for resources would do well to note the sea change under way and reduce exposure (if they haven’t already) to iron ore and energy stocks, while boosting exposure to base metal producers and explorers.

One interesting way of looking at the future is through copper, a bellwether commodity sometimes known as ‘Dr Copper’ for its close connection to economic growth.

According to research by the investment bank, JP Morgan, the global economy has already expanded to the point where modest 5 per cent pick-up in copper demand today is the equivalent to a 13 per cent increase in demand in the boom decade of 2002 to 2012.

From a London fund manager’s perspective there is a picture emerging of better times ahead for industrial metals, and better times from investing in Australian equities thanks to the currency effect of pounds being able to buy more in Australia.

In time, the overall picture of cheaper energy, stronger growth and a currency advantage will result in European money flowing back into Australian resources.

BEFORE getting to better times, however, there will be an interesting period of post mortems as deals structured in the boom years are unwound, especially in the iron ore sector.

The biggest of those deals involves the strange events surrounding the Simandou project in the African country of Guinea, where a start-studded cast includes Rio Tinto, Vale of Brazil and a Swiss-based, Israeli-born billionaire, Beny Steinmetz.

Multiple twists and turns in the Simandou situation are coming to a head, with US corporate regulators starting to prosecute people associated with the Steinmetz-controlled BSGR group.

Amusingly, for an outsider, the billion-dollar deals involving Simandou are starting to take on the appearance of seagulls fighting over a chip wrapper thanks to the collapse in the iron ore price, which will significantly delay any development plans for the project.

EARLY glimpses of good news in Europe can also be found in another business well understood by Australians – beer.

Sales of the brew, which Benjamin Franklin once described as drink designed to make people happy, are booming in Europe where the microbrewery revolution started in the US has taken hold.

Over the past few years the number of European craft-breweries has grown by 75 per cent to total more than 5,500, including almost 1,500 in Britain alone.