BHP has disclosed that its iron ore production costs are set for a big increase next year but will remain just below those of rival Rio Tinto. 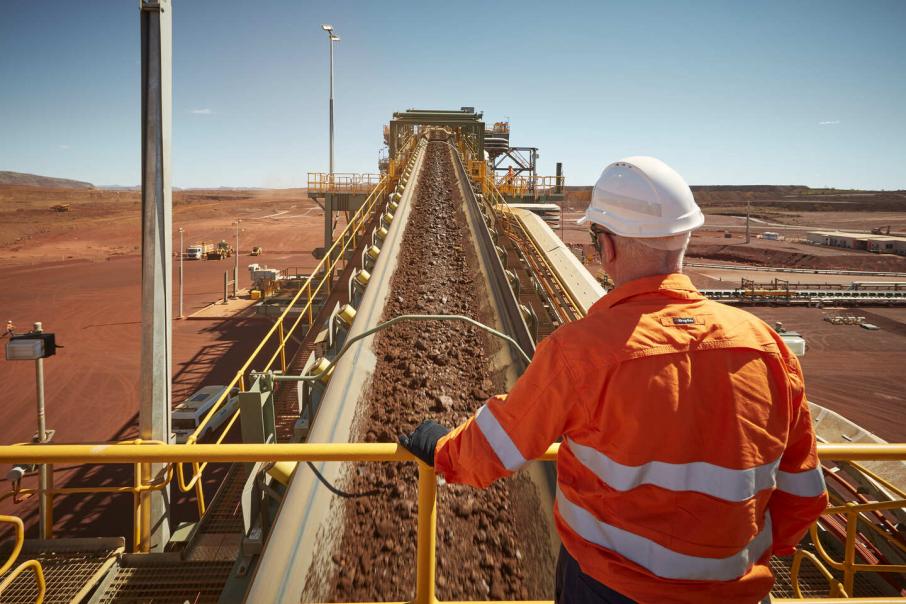 BHP has disclosed that its iron ore production costs are set for a big increase next year but will remain just below those of rival Rio Tinto.

The increase was due to the higher US dollar exchange rate, the cost of ramping up the new South Flank mine and ramping down the Yandi mine and the inclusion of COVID-related costs (which were previously treated as an extraordinary item).

It attributed this to a number of factors outside its control, including a higher exchange rate, higher third-party royalties and higher forecast diesel prices.

The miner said third-party royalties in FY21 amounted to $US2.06 per tonne.

Third parties that are paid royalties include ASX-listed Deterra Royalties, which today reported an annual profit of $94.3 million.

The biggest contributor to Deterra’s earnings was the $137 million in royalties it was paid on production from BHP’s Mining Area C.

Rio Tinto recently said unit cost guidance for its Pilbara iron ore business was between $US18 and $US18.50 per tonne in 2021.

That was up four per cent from its previous cost guidance and was attributed to higher input costs (diesel and labour), mine heritage management costs and COVID-related costs.

It attributed the increase to longer transport distances at its mines, higher labour and materials costs and COVID factors.

The increase in costs will dent the miners' profit margins, which have been at record levels over the past 12 months.

The benchmark price of iron ore peaked at around $US220 per tonne in July and has since fallen to about $US165 per tonne, with most analysts expecting more declines.