Western Australia’s largest indigenous corporation has announced it is cutting jobs and assessing its member benefits structure as a result of weak iron ore prices. 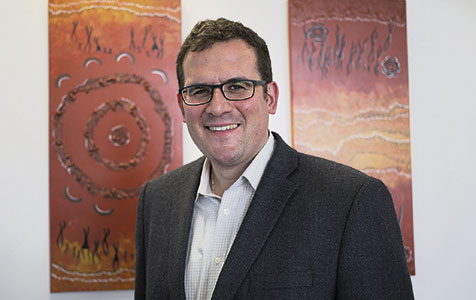 Western Australia’s largest indigenous corporation has announced it is cutting jobs and assessing its member benefits structure as a result of weak iron ore prices.

Over the 2013-14 financial year Gumala Aboriginal Corporation suffered a $16.4 million hit to revenue from land-use compensation payments agreed to under the Yandi land-use agreement signed with Rio Tinto subsidiary Hamersley Iron in 1997.

The iron ore price has fallen a further 30 per cent since then to a five-year low of $US68 a tonne last week, before recovering to $US70 this week.

The continued fall prompted Gumala to issue a statement announcing the abolishment of 28 positions across offices in Tom Price and Perth, as well as a review of it payouts to members.

“I believe being open and honest with everyone is important during this difficult time,” chief executive Steve Mav said in the statement.

“Member/beneficiary ordinary entitlements available under the General Gumala Foundation will be subject to a full review over the coming weeks, at which time further information will be provided to traditional owners. Further cost savings will occur,” he said.

“I deeply regret this action so close to Christmas.”

Mr Mav could not be contacted for further comment on what the future cost savings may include.

The announcement comes as indigenous business leaders and scholars urged the indigenous sector to diversify away from mining.

Leading scholar Marcia Langton, who is also chair of East Pilbara mining services company Guma ICRG, told an audience at the Indigenous Enterprise and Corporations Conference on Monday that diversification was an urgent matter.

She also urged sectors such as oil and gas and construction to adopt strategies similar to those introduced by the mining sector that had facilitated growth in indigenous businesses.

The Yandi agreement was one of the first land-use agreements to be signed between indigenous land owners represented by the Gumala Aboriginal Corporation and the mining industry in the region.

It has formed the pillar of the Gumala Aboriginal Corporation and accounted for 60 per cent of the funds paid into its General Gumala Fund in 2013-14, from which member benefits and administration costs are paid.

Gumala is WA’s largest Aboriginal corporation and the second largest in Australia judged by revenue; its overall revenue increased from $50.2 million in the 2012-13 financial year to $69.5 million in the most recent year.

The growth was largely attributed to a 56 per cent increase in contract revenue derived from its business arm Gumala Enterprise arm, which encompasses civil works, catering and support services and tourism businesses.