Iron ore revenue for rail operator Aurizon dropped 9 per cent in the first half of the financial year, although the business overall delivered a big increase in profit. 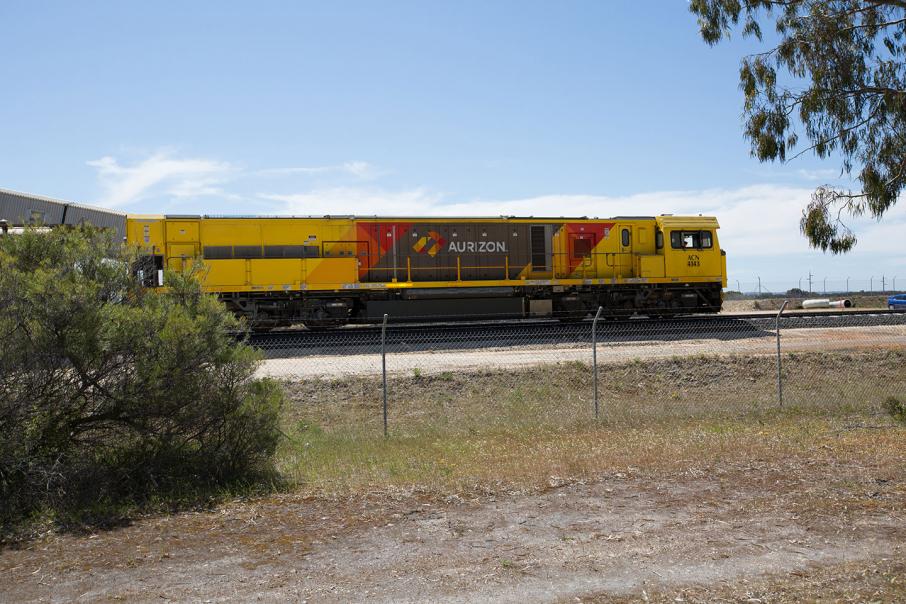 Aurizon has multiple customers in the iron ore space.

Iron ore revenue for rail operator Aurizon dropped 9 per cent in the first half of the financial year, although the business overall delivered a big increase in profit.

In the company’s half-yearly report, Aurizon said iron ore revenue had fallen by $13 million on the previous corresponding period after production issues at one large customer had affected volumes.

Aurizon noted that volumes from Mount Gibson Iron would contract over the course of calendar 2018 as that business shifts operations from Extension Hill to Iron Hill.

The rail business faces a further problem in Western Australia, with customer Cliffs Natural Resources planning to close its iron ore mining operations, potentially as early as this year.

Aurizon has a rail haulage agreement with Cliffs to carry up to 11 million tonnes per annum until the end of 2021.

“At this point in time no correspondence has been received from Cliffs and discussions are yet to commence with respect to the potential timing of the closure and the impact this may have on Aurizon’s contractual obligations,” the report said.

“Aurizon will consider the financial impact of any potential decision once additional information becomes available.

“This may result in closure costs and potential impairment of assets.

“Termination payments may become due and payable on early termination of the contract.”

Prices were stronger for a number of commodities the company moves, according to the report, but conditions remained weak due to weather and competitiveness.

Across the business, revenue was 3 per cent lower at nearly $1.6 billion, and earnings before interest, tax, depreciation and amortisation fell 6 per cent to be $744 million.

Net profit after tax was much higher, at $210 million, after losses from discontinued operations in the previous corresponding period had reduced profit to $54 million.