West Perth-based Iron Road Ltd and Belmont-based Richmond Mining Ltd have made their debut on the Australian Securities Exchange today.

West Perth-based Iron Road Ltd and Belmont-based Richmond Mining Ltd have made their debut on the Australian Securities Exchange today.

Shares in Richmond hovered around its 20 cent issue price, opened flat this morning before dipping to a low of 19c during the day. At the end of trade shares closed at 20c, giving the company a market capitalisation of $3.8 million.

Iron Road opened at 25 cents a share, defying today's market downturn with a 25 per cent premium to its 20c issue price.

Upon officially becoming a public company this morning, Iron Road had an equilibrium price of 30 cents, which is the price given to clear as much stock volume as possible.

Iron Road's listing comes after a heavily oversubscribed $5 million initial public offering, which the company says is a reflection of its outstanding project portfolio.

Projects include the 100 per cent-owned Warramboo Iron Ore Project and others at an advanced stage in Western Australia.

The company offered 25 million shares at 20 cents each through its IPO and Adelaide Resources took up the entire priority offer in the float of 7.5 million.

Prior to Iron Road's strong opening on the ASX today, chairman John McKee said the successful IPO was not a surprise.

"Iron Road has a clear and focused path to increase shareholder value and remains highly leveraged to strong iron ore demand," he said.

"We told this story to the marketplace and they embraced it by taking up shares in the IPO.

"It is a vindication of our board, management team and our planes to develop resources and various other prospective areas in the long-term interest of all our shareholders."

Shares in the company closed at 28.5c with a market capitalisation o $7.5 million. 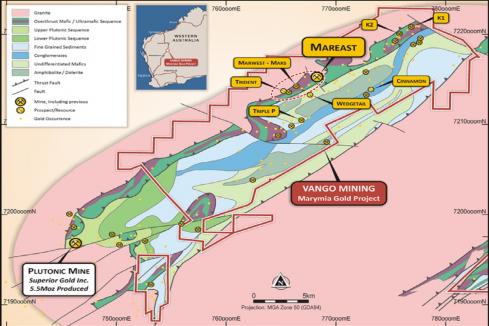