Apartment investors are increasingly buying for the same reasons as owner-occupiers, with larger dwellings and proximity to public transport, shops and other amenities the major determining factors. 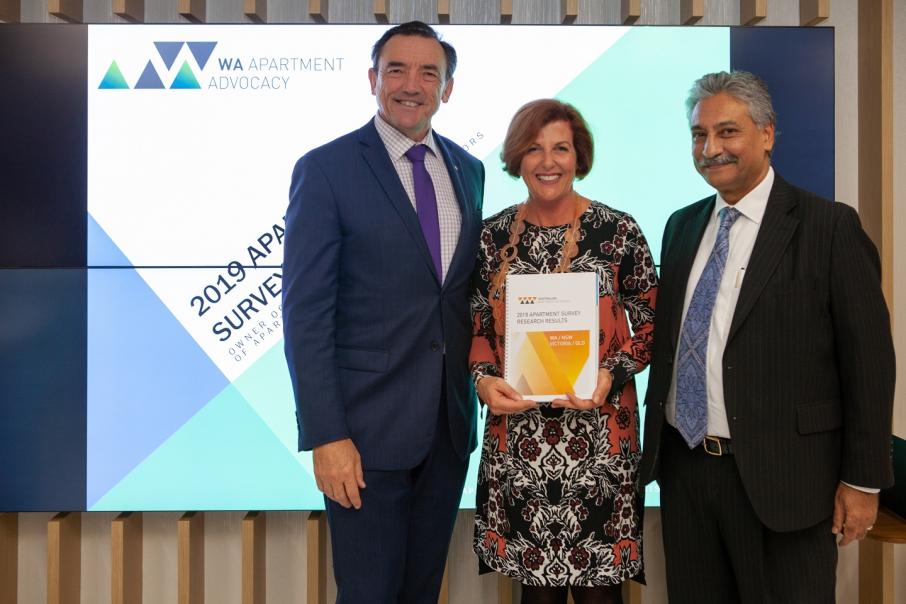 Apartment investors are increasingly buying for the same reasons as owner-occupiers, with larger dwellings and proximity to public transport, shops and other amenities the major determining factors.

The trend is a key finding from Australian Apartment Advocacy’s latest research, a survey of 3,312 owners of apartment across the country, more than a third of which were located in Western Australia.

While 80 per cent of WA investors purchased apartments with no intention of living in them, the survey found 83 per cent of them were motivated to buy because of location.

Owner-occupiers were similarly motivated, with 86 per cent of them considering location the most important factor behind their purchase.

The survey found owner-occupiers mostly sought two- or three-bedroom properties, with two bathrooms and more than one car bay.

“Investors were looking for smaller properties than residents – mostly two-by-one with one car bay,” the survey said.

“And while most who invested in apartments were looking for an apartment, they were also looking at other types of properties.”

The survey found just 31 per cent of all owners bought apartments off the plan, illustrating the challenges faced by developers launching new projects.

“The research indicates that there is a need to build a greater degree of trust between the developers and buyers, so there is a higher level of confidence about buying off the plan,” AAA director Samantha Reece said.

“Buyers are also price sensitive when it comes to strata levies, and hence this highlights the need for greater education around sinking funds and their role in maintaining apartment developments into the future.”

Investors were fairly optimistic regarding prospects of a return, particularly in the longer term.

Around 60 per cent of WA investors said they expected their apartments to maintain value in the next 12 months, with 30 per cent expecting a decline.

But in 10 years’ time, 86 per cent of investors expect an uptick in value, with 42 per cent also indicating they would consider purchasing another investment property.