Investors are returning to the market as the first homebuyer boost nears its end. 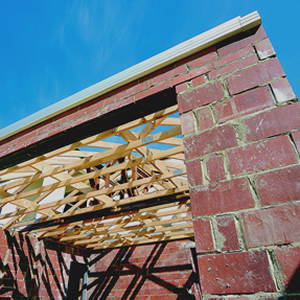 AFTER taking a battering as a result of the global financial crisis, investors appear to be making a comeback in the Western Australian residential property market.

During the boom, investors' share of the market grew substantially, encouraged by cheap debt.

But activity in the residential property market during the past 12 months has been centred on first homebuyers. This has been most notable in recent months as owner-occupiers rush to take advantage of the federal government's $21,000 grant before it expires.

Real Estate Institute of WA president Rob Druitt said investors were beginning to pick up the slack created by the expected slowing down in first homebuyer activity.

"With the boost concluding on September 30 and the grant phasing out on December 31 we've definitely seen investor activity pick up," Mr Druitt told WA Business News.

"It's mostly at the more affordable end of town, sub $500,000, where the rental yields are stronger, but there is definitely improved sentiment and greater propensity for investors to come back into the property market.

"We don't expect prices to fall, given the level of demand, and the fact that first homebuyers have already started to slow up is logical, given that a lot of them brought forward their purchases as they thought the boost was going to conclude on June 30."

Mr Druitt said the market was heading towards stabilisation after sustained housing value reductions in 2008.

"The price falls of 2008 and all of the other financial crises meant that investors were very hesitant to do anything," he said.

"Now, in 2009, they can see that things have stabilised and the news is not all doom and gloom, and in fact there's talk that things might be starting, slowly but surely, to turn around.

"Investors are weighing up their options, looking at where they put their money and realising that the short, quick gains that we saw a couple of years ago have been and gone.

"You've got to be looking for long-term, steady financial growth and the way to do that is through smart property investment.

"We're not going to enter into a new boom cycle, but we'll have stabilisation of prices and reasonable levels of turnover, which is good news.

"It'll be a more level playing field between buyer and seller."

An independent survey by WA-based industry analysts Strategic Marketing and Research also indicated investor confidence was on its way back, with 20 per cent of homebuyer respondents saying they are likely to purchase again in the next 12 months.

Respondents to the survey were property owners spread across all stages, from first homebuyers to 'mum and dad' investors buying second and third homes.

SMR director Samantha Reece said 25 per cent of those who intended to buy again in the next 12 months also said they were likely to buy for investment purposes.

"There certainly has been an indication from the land sector that buyer interest is beginning to increase and these research results reflect this trend," Ms Reece said.

"While we see that the market has settled somewhat over the last three to six months, this has not dampened the enthusiasm that buyers have for real estate and certainly larger homes."

Housing finance figures released by the Australian Bureau of Statistics and property analysts RP Data indicated both owner-occupier and investor finance began a downward trend at the beginning of last year as a result of the global downturn.

But ABS and RP Data statistics indicate investor finance commitments have been moving upwards swiftly, increasing by 18 per cent to the end of May.