The sporadic nature of funding is frustrating startups in Perth, and a misunderstanding of how the tech sector actually works is a major factor. 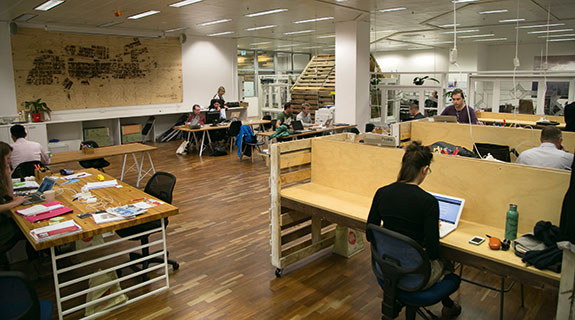 The sporadic nature of funding is frustrating startups in Perth, and a misunderstanding of how the tech sector actually works is a major factor.

There's a common story told in the startup world about the amount of investment money available in Western Australia – an amount that makes Perth seem like a great place to launch a startup business.

The problem with this story is that it’s not actually happening, or happening as fast as it could, and there are a few reasons why. One of the major ones is the mismatch between investors who want publicly tradeable stocks and founders who are educated in the Silicon Valley private-investment model.

Startup company development usually follows the ‘lean’ philosophy, a business development methodology developed over the past five to 10 years (it’s so ‘new’ it has only just started to feature in MBA entrepreneurial units).

This model involves releasing products at a very early stage in order to understand what customers want. Apart from shortening the product development time and, therefore, reducing costs, it can also earn revenue for developers who might otherwise be doing alternative work or using savings to fund their venture as they go.

Building a startup using only customer revenue is called ‘bootstrapping’ and is very common.

This approach is taken partly because investment is hard to find. There are good reasons why abundant early investment isn’t a good idea for tech startups, especially public investment, where there is a significant disclosure burden and keeping shareholders (rather than customers) happy becomes the focus of the business.

The conflict of interest between founders and investors can be significant, and there are successful Perth startups that are deliberately refusing investment for these reasons.

The Silicon Valley investment strategy is designed with this ‘lean’ model in mind; investment rounds are intended to get the startup through the phases of product development and customer engagement to a point where it can scale effectively.

This point is known as ‘product-market fit’, and occurs when 40 per cent of your customers would be disappointed to have to use a competitor’s product.

Attempting to scale the business before this point is reached is doomed and counter-productive, and is known as ‘premature scaling’. This can kill startups because the product just isn’t ready for the big time.

By contrast, the ‘reverse takeover’ strategy (RTO) is an adaption to serve the needs of the resources industry, and the host of advisers that inhabit its ecosystem. Junior miners need large lumps of cash up front to do the necessary exploration and development, with no expectation of revenue for years into the process. The RTO model suits this well, providing large amounts of capital up front.

Investors like their investment being liquid, so they can get in at whatever risk level they like and get out at whatever return level they like, or whenever a better opportunity presents itself. The reporting requirements mean they are informed, and they understand the development process and stages involved.

However, public investors have different roles to private investors. A typical Silicon Valley early-stage startup investor will expect a seat on the board and to be informed and involved in the strategy of the organisation. They are very clear, and savvy, about what is useful market engagement and what is not.

This is quite important. You can’t buy an extra gigatonne of iron ore and pretend your mine produced it. But you can very easily buy a few million app installs, social media followers and ‘likes’ for very little money if your only interest is being able to tell a riveting story of customer engagement to shareholders who don’t know any better.

Investors in WA don’t understand the tech industry, or the ‘lean’ methodology, and that ignorance puts them at risk once they start being offered tech startup stocks.

The public reporting requirements are easily gamed to produce convincing-sounding stories of engagement, especially since there is a common meme that startups grow customer base first with no revenue, and work out the revenue model later (this is generally frowned upon in startup circles these days).

Nevertheless, the big rate of recent RTOs is evidence that the WA industry has turned its talents to finding deals in the tech startup space in a way that breaks the Silicon Valley model.

It is only to be expected that some of these, with such easily available means to tell a convincing story to shareholders who were largely ignorant of how tech startups operate, would resort to tactics that ensured a great shareholder story.

For all these reasons there is a certain stigma in the startup community about backdoor listings that is not present in the wider business community. There is a perception that it is a tool for people who can’t get a decent private investor.

Some startups have chosen not to consider an RTO funding during the past year because of the negative connotations within the community. This hasn’t been helped by the visible behaviour of some (by no means all) RTO tech companies.

Paying directors six-figure salaries in a company making five-figure revenues or less will not create a good impression with bootstrapping startup founders.

As the startup community is integrated more into the mainstream business life of Perth there will have to be some kind of rehabilitation of the RTO. There will be more backdoor startups, purely because there is an appetite for them among investors, and some of them will be well-managed success stories.

We may well see Perth develop a globally unique culture of public investment in tech startups, which is much needed – allowing retail investors to benefit from the tech startup revolution is going to help reduce the wealth inequality problem.

Marcus Holmes is the editor and co-founder of Startup News (http://startupnews.com.au) and is a facilitator or organiser of several startup events in Perth.