Certain pockets of the retail market have proved their value during the pandemic, and investors are taking notice. 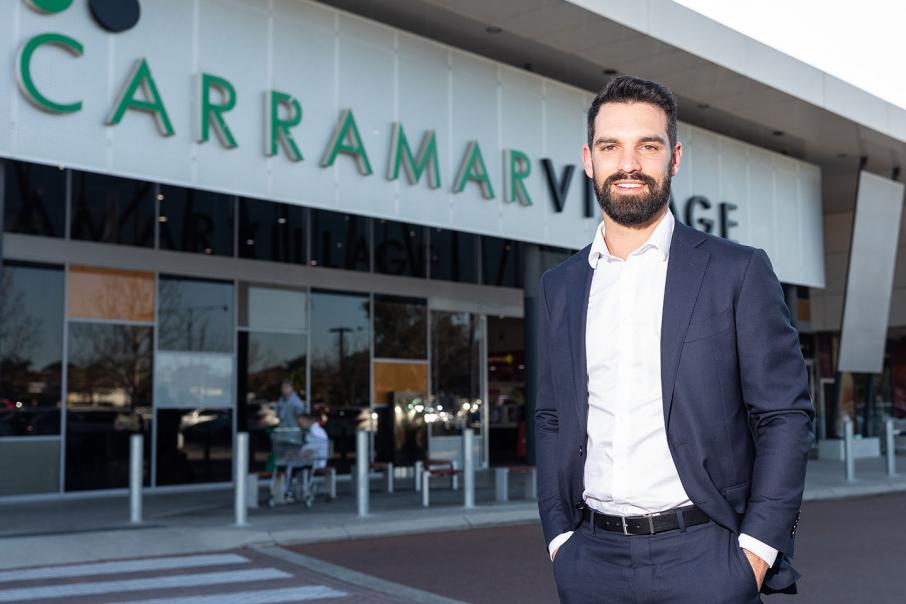 Investor appetite for Western Australia’s smaller neighbourhood shopping centres appears undiminished, despite the sour taste COVID-19 has left in other parts of the retail market.

Recent end-of-financial-year reporting to the ASX by some major shopping centres demonstrates the effects of the lockdown measures, with ASX-listed groups including Vicinity Centres and Westfield operator Scentre Group posting losses and asset write-downs.

In comparison, retail’s smaller asset class has emerged as a front-runner for investor dollars.

For the calendar year to date, sales of WA neighbourhood shopping centres have already surpassed the levels recorded in 2019, with the $33.5-million move on Carramar Village representing the largest 2020 transaction.

It’s a trend playing out nationally, with neighbourhood centres accounting for one third of total retail transactions in the first half of 2020, compared to just 16 per cent in 2019.

CBRE manager WA retail investments Anthony Del Borrello said that movement was also reflected in WA, with neighbourhood centre sales accounting for $110 million of the $145 million worth of sales this year.

“The fact the demand hasn’t decreased for these types of assets, during what is quite a turbulent time globally and locally, speaks for itself,” Mr Del Borrello told Business News.

“There are a lot of groups moving towards secure investments.”

Mr Del Borrello said that had translated to driving a much larger percentage of purchaser demand for neighbourhood centres due to their convenience-based nature, secure covenants and long-term leases, typically anchored by tenants with minimal exposure to discretionary spending.

“Transaction activity in WA this year has been mainly focused on those core non-discretionary assets that have lower occupancy risk, such as supermarkets, pharmacies, hardware and, to a slightly lesser extent, service stations,” he said.

“In contrast, prior to the current downturn, investor demand gravitated toward slightly larger centres that offered diversity of income and rental growth. Now, however, that diversity contains more risk.

“Non-discretionary-based assets are being recognised as strategic and relatively secure investments, which is driving buyer interest from a range of groups, particularly syndicate investors.”

Large-format retail is another market sector to have demonstrated resilience during the past few months.

At the peak of shutdown, WA-based investor Lester Group spent $58 million on the five-hectare Midland Megaplex precinct, tenanted by Spudshed, Fantastic Furniture and Spotlight, among others, with the sale brokered by Colliers International.

CBRE’s preliminary retail trade figures for May 2020 found household goods were retailing up 30 per cent year-on-year.

“Some aspects of retail are struggling; I’m not saying it’s all sunshine and roses,” he said.

“But there are certain sectors of retail that are definitely holding up.”

This year the group bought two WA properties: Carramar Village and Carnarvon Central, both of which are anchored by a Woolworths.

FRP managing director Adrian Rivish said the company had exited WA’s residential property market about 10 years ago, and had since observed the boom and correction cycle, the state’s rebounding economy, and connections to Asia reigniting an interest in west coast property.

Part of the group’s rebrand and new direction, he said, was the launch of its Non-Discretionary Retail Fund, aiming to target six to eight assets with total value of between $180 million and $220 million across Australia.

Mr Rivish said the Carnarvon and Carramar assets formed part of this fund, with plans to add more to the portfolio (but with stringent hallmarks, including those assets with large ASX-listed tenants such as Woolworths).

“[At] Carnarvon and Carramar, more than 50 per cent of the overall income is from anchor tenants.”

Mr Rivish said retail generally had copped some negativity, due to the evolving landscape of online shopping.

“Even though they [neighbourhood centres] fall within that ‘retail’ market, they’re tainted … by that negative brushstroke,” he said.

“The negative sentiment surrounding the retail market will provide some buying opportunities.”

“The east coast market is far more competitive than WA, therefore the yields are not as attractive,” he said.

“Carnarvon Central was a yield play; over an eight per cent return with strong investment fundamentals [such as] long weighted average lease expiry, dominant anchor tenant, limited competition in the catchment, and a strategic location.

“We have also seen an increase in turnover during the COVID period as people are travelling more throughout WA.”

Mr Rivish said the rise of e-commerce wasn’t so much a threat to neighbourhood centres, but more a prompt for a rethink.

Convenience, community and services (such as fitness, health and beauty-related services), he said, were the three fundamentals that would continue to underpin relevancy and drive future demand for neighbourhood centres.

“We believe the local centre isn’t going anywhere; it’s convenient, it’s a place for people to meet, and there are certain things that we just can’t do or prefer to do in person,” Mr Rivish said.

“My personal opinion … if an online retailer wants to be successful, they’ve got to be able to deliver the goods in a reasonable time frame,” he said.

“If I was an online retailer, I’d like to have access to all the major cities and routes to deliver the goods in a timely manner.

“Retail is changing, it’s about how it’s going to change and how we are going to place ourselves to still be able to offer solutions for these retailers.”

That divergence of the online and in-store worlds is a future that’s also starting to become apparent to Quadrant Investments co-owner and chief investments officer, Phillip Fogliani.

Quadrant Investments was launched in 2017 and is anticipating growth in asset valuations within its Large Format Retail Trust No 1, which recently secured more than 3,300 square metres of new leases and renegotiated an extension of leases within its portfolio.

Assets include a collection of large-format retail properties in Malaga housing a mix of 20 tenants.

“In the large-format retail sector what we have seen particularly during the COVID period, and what we’re hearing from our tenants, is click and collect was pretty popular,” Mr Fogliani told Business News.

“The retailers like that; there’s a greater chance of those people coming in to pick up what they ordered … to pick up a few more things on their way out.

“If anything, the online and click and collect is probably making it easier for shopping.

“So the stores still appear to have a place; there’s the convenience of picking it up from your local store on your way home rather than waiting for it to be delivered.

“And there’s still a weight of money out there that’s looking for a place to invest.”