Investors failed to hedge bets on the trees

Investments based on greed and double dipping into the social welfare pool came a cropper due to circumstances beyond their control. 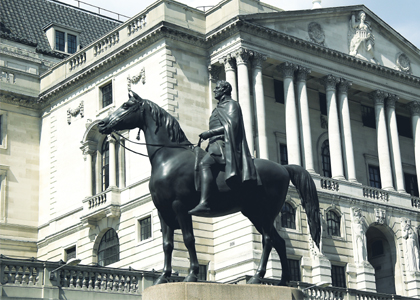 SAFE DEPOSIT: During the Cold War Germany’s central bank moved its gold to France, the US and Britain, where 450t sits in the Bank of England. Photo: iStockphoto

Investments based on greed and double dipping into the social welfare pool came a cropper due to circumstances beyond their control.

IF nothing else comes from the class action mounted on behalf of 22,000 investors in products once marketed by the failed Great Southern Plantations it is this - never make an investment, or plan your future, on the promise of a tax break, or any other government benefit.

The case, which started last week in the Victorian Supreme Court, is an attempt to claw back some of the $1.8 billion flushed away when Great Southern collapsed in 2009.

As lawyers pick over the carcass of Great Southern, however, there is a critical lesson in the failure for everyone with money to invest, especially people planning for retirement - never assume that what government promises today will be legitimate tomorrow.

Until it failed, Great Southern had been hailed as one of the smartest investment management companies in Australia, making millionaires of its founders and delivering above-average returns to investors in its products.

Not everyone was impressed, however. Even when it and other companies offering ‘agribusiness’ investments were the hottest topic in town, there were people shaking their heads in disbelief that so much money was pouring into a business based on an interpretation of tax law.

All it needed was one grey gnome in the Australian Tax Office to change his mind about the tax deductibility of agribusiness investment schemes and the house of cards would collapse, which it did.

Now, rather predictably, there are investors crying foul and demanding their money back, while the people behind Great Southern say the investors went into the schemes with their eyes wide open.

The truth is that both sides are right.

Great Southern had any number of expert legal and tax-accounting opinions that it was acting within the letter of the law.

Investors have reason to suspect that some of the promised returns on the products they purchased were overly optimistic.

But, and this is the key, both sides were basing their optimism on a belief that tax law would not change, or that a financial crisis of the sort that hit the world in 2008 would not occur.

Both of those events did occur. Tax law was changed in 2007, severely damaging the appeal of agribusiness investments, and the 2008 Lehman Brothers collapse rolled into the GFC.

Great Southern, it was soon discovered, was a case of greed built on greed.

Management at the Perth-based company was greedy because it piled scheme-upon-scheme, trundling out a never-ending stream of tax-focused investment.

Vineyards and cattle grazing joined the tree plantations in a stampede to meet demand for high-yielding investment products.

Investors rushed to subscribe because the schemes offered well-above-average returns, thanks to agribusiness investments getting preferential treatment, which included an allowance for an immediate tax deduction of the full amount invested even if some, or all of it, was borrowed.

It was, as is the case with all such investment products, paying odds that were too good to be true.

What no-one seems to have been doing in the 1990s as tax-effective schemes blossomed was looking more than 12 months ahead, and asking:

• what happens after the initial delight of a big tax deduction?

• will the agribusiness involved actually make a profit or simply provide a tax break? and

• what happens if the ATO and the Australian government change tax law?

The Great Southern collapse, caused by the sweep of pen in the ATO, ought to have people making investment decisions asking the same questions.

Of particular focus should be the game being played by advisers, using any number of expert legal and tax accounting opinions (heard that before?) in arranging retirement funds to gain access to social welfare payments such as the old-age pension.

Disregarding the morality of rich people shuffling their funds into comers that satisfy current legal requirements so they can extract a handout from the government, there is an unsettling parallel with what happened at Great Southern.

In the case of the agribusiness fund manager, bad decisions were made in the hope of winning a tax deduction that would boost the investment return.

In the case of a retiree shifting funds out of the government’s gaze, bad decisions are being made to win a small social welfare handout.

In time, the government will wake to the loophole it has created to benefit people ‘double dipping’ in the social welfare pool, and that’s when retirees with their hands in the lolly jar might find themselves in deep trouble, financially and possibly legally.

INVESTORS chasmg a tax benefit rather than a genuine return on their funds might not be alone in worrying about the future, because a curious twist in the gold market is taking shape.

Germany, owner of the world’s third biggest hoard of the metal, is embarking on a debate about whether it wants to retain ownership of 3,400 tonnes of the stuff.

In fact, it goes far deeper than that because the debate started with an even more fundamental question: ‘Where is Germany’s gold?’ The answer is all over the place because of events that occurred more than 50 years ago.

During the Cold War of the 1950s and 1960s, a time when West Germany was growing rich and East Germany was a satellite of the weakening Soviet Union, the Bundesbank (then West Germany’s central bank) parked its gold in France, Britain and the US - just in case the Russians came pouring over the border.

The net result is that Germany has l,536t of gold in the Federal Reserve in New York (hopefully not under water), a further 45 Ot in the Bank of England and 374t in the Banque de France.

Curiously, no-one from Germany has ever counted the number of gold bars, or asked for metallurgical tests of their purity, triggering a scathing report from the country’s auditor general that it was high time both steps were taken.

The audit report has, in turn, triggered demands that the gold be repatriated, and suggestions about selling some of the gold (currently worth $US145 billion) to pay for recession-busting infrastructure works.

If Germany opts to sell some of its gold, the knock-on effect could be quite interesting because nothing upsets the gold market more than a central bank selling.

“We’re all bom brave, trusting and greedy, and some of us remain greedy.”
Mignon McLaughlin