WA’s richest man and one of the state’s keenest telco investors are taking on the NBN. 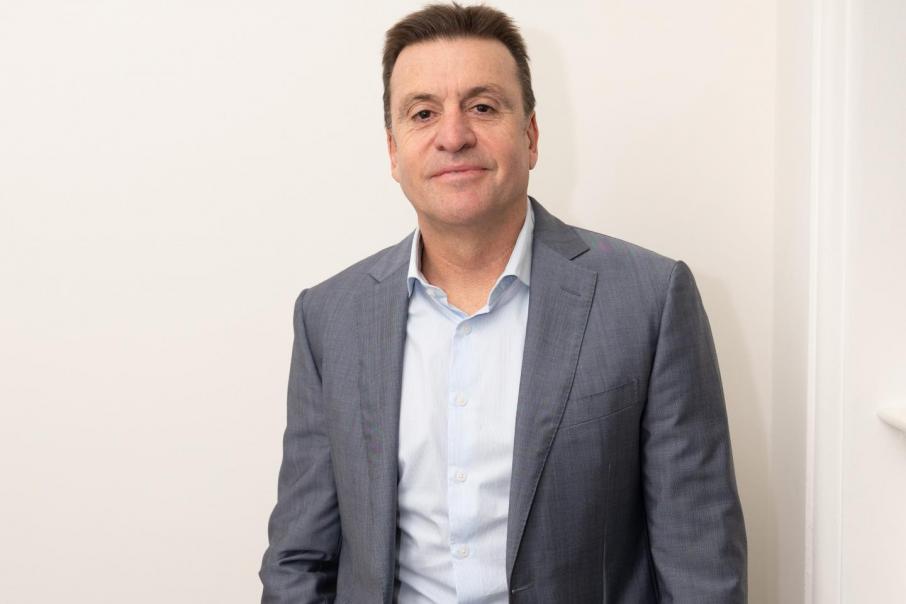 Tony Grist is on the Minderoo Foundation board and is deputy chair of Swoop. Photo: David Henry

NSW-based telco Swoop has been on an acquisition spree this past month.

First, there was Victoria-based Speedweb, a regional internet service provider with more than 50 towers and 1,800 services in that state’s Gippsland and Latrobe Valley, for which Swoop paid $1.75 million.

That was followed in quick succession by ComComs, a Western Australia-based ISP with 14 towers in metropolitan Perth, and Beam Internet, with more than 60 towers and 3,600 services based in South Australia, for at least $7.2 million.

Taken in isolation, news that an NSW-based ISP spent $9 million to buy three mid-sized, mostly regional competitors would be of little interest to anyone not already a shareholder in the business.

In doing so, however, Swoop has expanded its asset base to about 370 fixed-wireless towers, while its customer base has grown to about 30,000 services.

That means Swoop is now one of the largest providers of fixed-wireless internet in Australia.

Significant market share in WA has been integral to that result, with the business operating more towers and providing greater population coverage in the state than any other in Australia prior to listing on the ASX this past May.

Major WA-based dealmakers have also been instrumental to Swoop’s ascendancy, with the ISP’s shares trading at between $0.90 and $1.25 over the past two months, a significant increase on the $0.50 issue price.

Mining magnate and philanthropist Andrew Forrest is the most prominent figure in the state to get behind the business.

Tattarang, his family investment vehicle, boosted Swoop’s funding in May 2020, coming away with close to 20 per cent of the company’s outstanding shares after it listed 12 months later.

Strategically, however, the involvement of venture capitalist Tony Grist is telling of Swoop’s direction.

Mr Grist, who sits on the board of Minderoo Foundation, spent close to two decades with Amcom Telecommunications, founding it in 1997 and overseeing its acquisition of several Perth-based businesses, including L7 Solutions and aCure Technology, in the early 2010s.

The business was later sold to NSW-based telecommunications outfit Vocus for $1.3 billion in 2014.

Mr Grist would serve a brief stint on the board before departing in 2016, owing to an attempt, alongside fellow board member James Spenceley, to oust then-chief executive Geoff Horth.

Messrs Grist and Spenceley have maintained a close working relationship since exiting Vocus, most notably investing in and leading SA-based fixed-wireless ISP Uniti Group to an ASX listing in February 2019.

That company has, like Swoop, undertaken several major acquisitions since it began trading, with its share price rising from $0.18 on debut to more than $3 since its admission to the ASX 200 in June.

That experience proved the catalyst for Messrs Grist and Spenceley to get behind Swoop.

“We felt that Uniti ended up being a great experience, and we helped prove, finance and grow that business, and we floated that company, more as investors than strategic advisers,” Mr Grist told Business News.

“We thought, why don’t we create another group that had some difference in its business model … but that we’d stay on the board of, and get the band back together?”

Swoop’s path to the ASX is, as expected of a company cobbling together a national presence on the back of several major acquisitions, complicated.

The most obvious starting point, though, lies on the other side of the Nullarbor Plain with a mid-tier, regional ISP called Cirrus Communications.

Founded in Gosford, NSW, in the mid-2000s, Cirrus specialised in the provision of fixed-wireless internet, which essentially allows customers and businesses to bypass the national, cabled network through signals transmitted between satellite towers and dishes.

Regional customers are particularly enthusiastic users of the service, in part because Australia was without a publicly backed national network until the early 2010s.

And while the NBN was intended to alleviate some of these issues by offering internet services to areas the private sector would not touch, successive iterations have left the network’s rollout subject to shifting political sentiment in Canberra.

That means that, although the network reached practical completion in December, its mixture of technologies means it is likely to face continuing upgrades and maintenance prior to its expected privatisation in the mid-2020s.

As a result, Cirrus’s coverage and assets had become increasingly attractive to prospective investors, and an overhaul of the business – during which it acquired two Victoria-based ISPs and began offering wholesale, business, and broadband services – piqued Messrs Grist and Spenceley’s attention.

“Fixed wireless became a more accepted solution for high-speed telecoms,” Mr Grist said. “The initial business that James and I took an investment in was a private business that had substantial infrastructure in place up and down the east coast.

“That was attractive and had a team together.

“All we thought we [would do is] try and corporatise that business and build a brand and an expansion strategy.”

In the same month that Mr Grist and Mr Spenceley, alongside Tattarang, got behind Swoop, Cirrus Communications would officially adopt the Swoop branding ahead of the trio making another fortuitous investment.

That was in Geraldton-based outfit NodeOne Internet, founded by Nick van Namen, which had been created in 2009 to provide internet to coastal communities without reliable internet access.

Following that, Tattarang and Messrs Grist and Spenceley held a stake in businesses with almost 250 fixed-wireless towers covering nearly two-thirds of Australia’s population.

Mr Grist soon saw an opportunity to bring those teams together to build a national brand servicing Australia’s regional population centres, leading Swoop to the ASX via a reverse takeover of Stemify in February.

Central to the business’s growth strategy is consolidation through acquisitions, a common pathway for burgeoning ISPs.

The most analogous example of that approach in WA is iiNet, which, over the course of 15 years, went from a small, Perth-based provider to a nationwide behemoth that gobbled up big names on the east coast and smaller players in the regions.

By the time the business delisted in 2015, it had produced a long list of notable alumni, such as Pentanet chair David Buckingham and NBN Co board member Michael Malone.

Mr Grist would be well acquainted with the strategy, given Amcom was for a time the largest shareholder in iiNet, prior to it being delisted and sold to Sydney-based TPG Telecom for $1.6 billion.

And like iiNet’s embrace of ADSL internet service in the 2000s, Swoop’s fixed-wireless network gives it a significant advantage over providers that resell services through the NBN.

“We’ve seen how this plays out over the years, and there’s a no-brainer opportunity to grow a substantial business with a specific technology that Alex [West, chief executive of Swoop,] is a good executioner of,” Mr Grist said.

Mr West, who worked in operations with Vocus between 2011 and 2017 prior to joining Swoop as chief executive in February 2020, shared Mr Grist’s enthusiasm for leading a company that operates its own network infrastructure. 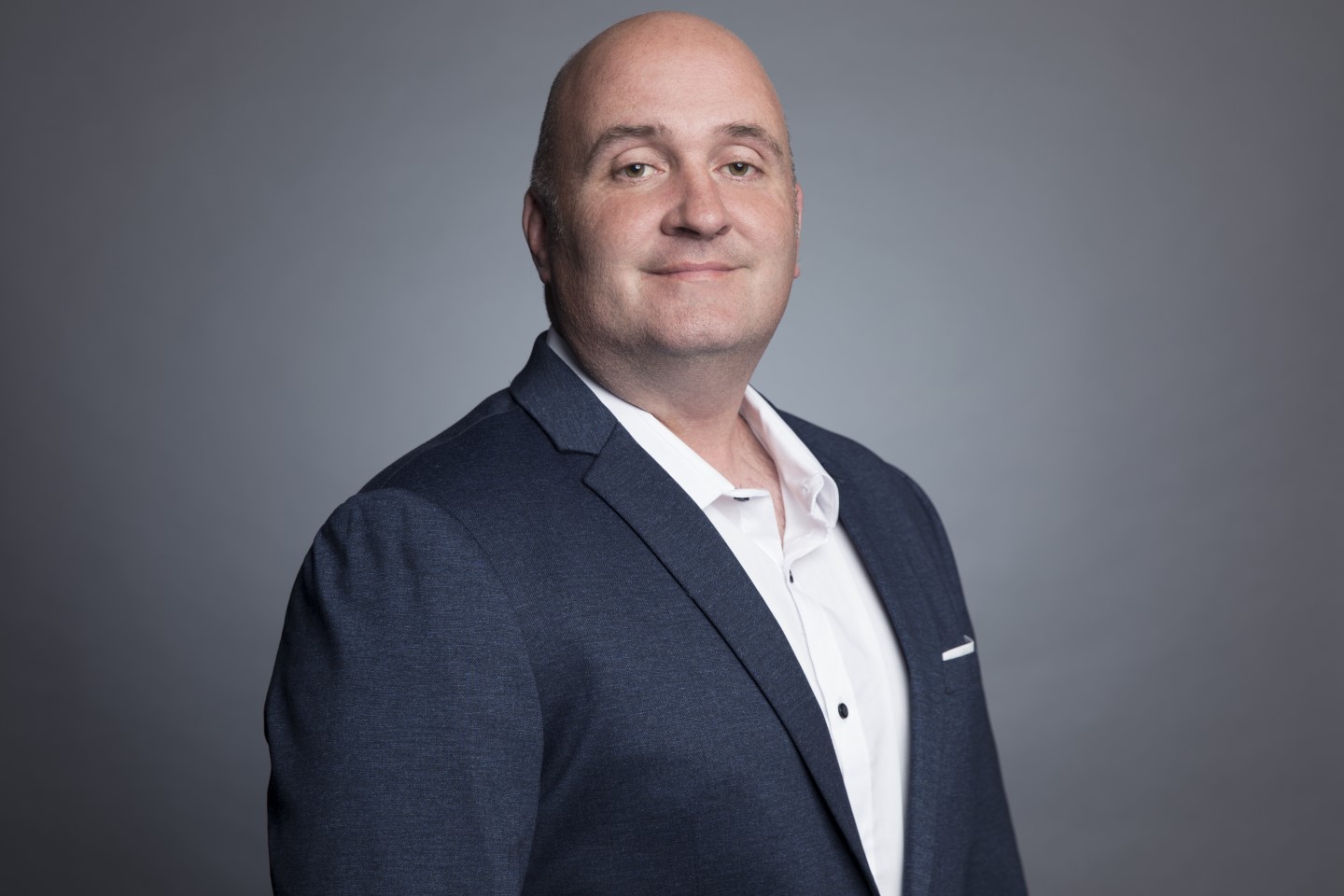 Having enjoyed a two-and-a-half-year stint with Superloop, another ASX-listed ISP, Mr West told Business News it was the major reason he joined the business.

“Ultimately what excites me [is] just going off and building infrastructure and serving customers on your own network, as opposed to relying on someone else’s [network],” he said.

“It gives you control of pricing and outcomes from the customers’ perspective.

“You can improve your margins and you can actually give great customer service as opposed to just pointing the finger at someone else.”

That Messrs Grist and Spenceley have successfully aided Swoop in its listing is somewhat ironic, given Vocus, from which they retired amid a leadership stoush, has now delisted following a $3.5 billion buyout by Macquarie Group and Aware Super.

Mr Grist’s recollection of events is far tamer than some headlines had made the situation appear in 2016.

At its heart, he insists the conflict stemmed from Amcom’s preference for owning its network infrastructure, and a consumer retail focus championed by M2 Group, which folded into Vocus two years after the Amcom acquisition.

Vaughan Bowen and Michael Simmons, who formerly sat on the Vocus board and had come from M2, have since become directors of Uniti Group, and Mr Grist is highly complementary of their performance while on the board.

He has since left that role and taken up the job of executive director with utility company b.energy.

Mr Grist contends it was a coincidence that he raised his concerns with Vocus’s direction at the same time he contemplated retiring from the business, describing what happened as an unsuccessful attempt to negotiate a transition plan that reflected his views of what worked best for the business.

“Eventually, the private equity hedge funds bought into that listed entity and forced the change anyway.”

Mr West, who left Vocus nine months after Messrs Grist and Spenceley’s departure, is similarly pragmatic when asked about his exit and the telco’s delisting, insisting it is the reality for service providers of a certain scale.

“Most of us don’t take it personally; we’re still friends, we still have a lot of contact,” Mr West said.

“We work with a lot of great people [who were] not just at Vocus but also at PIPE Networks [acquired by TPG Telecom in 2010] and Superloop afterwards.

“We all remain in touch, we’re all interested in what everyone’s doing, and at the end of the day it’s ultimately just business.

“There are definitely no hard feelings.”

With three major acquisitions either completed or under way since Swoop’s listing, Mr West said growing population coverage, diversifying services, and increasing the provider’s skillset would remain paramount to any future acquisitions.

Regional centres such as Geelong, Newcastle, and the Sunshine Coast were just some of the areas Mr West mentioned as priorities.

The Perth market, which is presently serviced by the NodeOne brand, was also on the radar for further expansion.

And while Swoop had focused its attention on acquiring smaller providers and having a network operations group integrate them into its network, Mr Grist said the company was considering building infrastructure where assets were not available.

“There are synergies around contact centres, billing systems and central network engineers that come together nicely [with acquisitions].

“We’ll grow new regions where we don’t make an acquisition by [building] more towers and looking for more opportunities where existing technology’s not serving people well.” 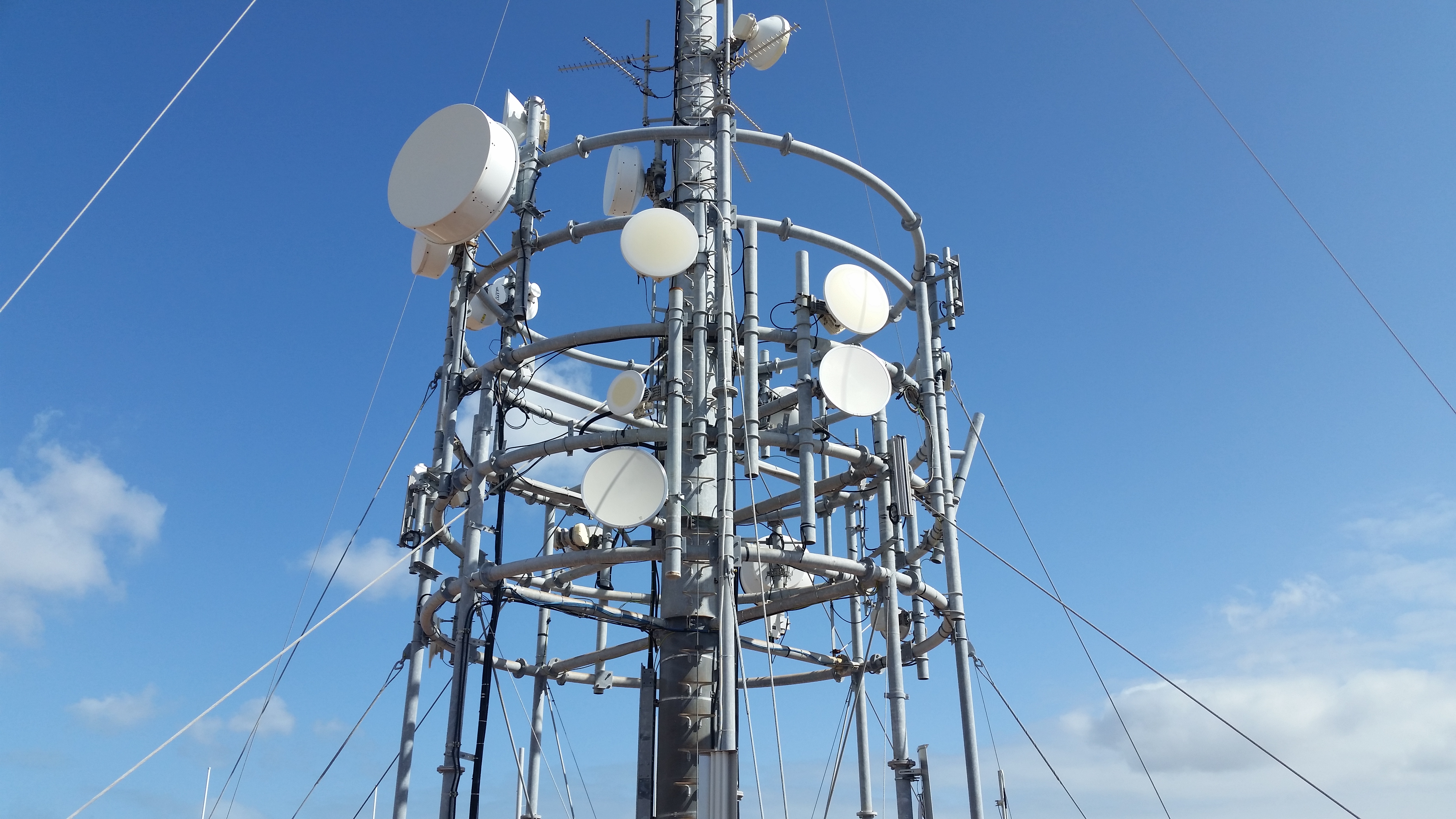 Swoop’s tower at the QV1 Tower on Hay Street.

However, he explained that he did not see Swoop as being in direct competition with the NBN, citing the fibre-based national network’s uptake among capital city residents, as opposed to the regional users of fixed-wireless internet his business was targeting.

And while just one third of Australia’s population live outside of state and territorial capital cities, Mr West said there were major opportunities as upwardly mobile, white-collar workers were emboldened by lockdowns to relocate from suburbia to the regions.

It’s a subset he’s all too familiar with, having shifted from Sydney’s North Shore to live on a farm in the Hunter Valley less than a year ago.

“I’m not looking to replace the NBN, I just think we’re trying to supplement [it] in areas where they’re not potentially looking into,” Mr West said.

“They’ve flagged that they’re targeting rolling out fibre in more areas; we know what their rollout is, but they’re still typically in larger capital cities and filling in holes in their own infrastructure.

“We have never intended to and nor are we playing in that space.

“There’s a lot of Australia to cover and there are a lot of population centres outside of capital cities.” 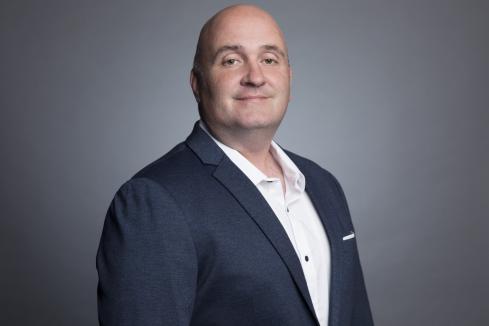 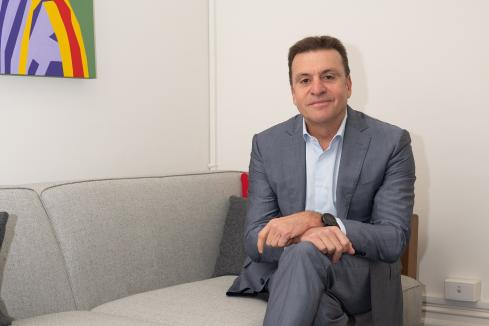