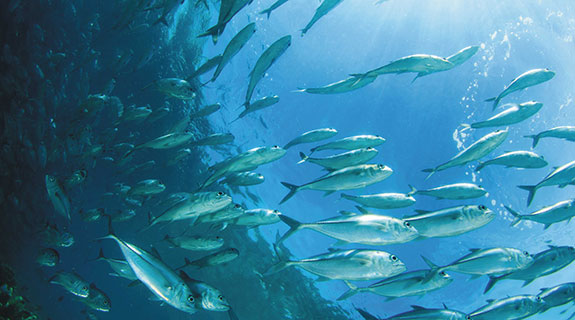 The sale of the Kailis Bros business to Hong Kong-listed conglomerate Legend Holdings further highlights the desire for international investors, most notably Chinese, to get into Australia’s agribusiness sector.

It is not just that we have clean/green seas, farmland and processing, or the fact that abundant production is way beyond our domestic needs, which makes a mockery of anyone who warns about threats to food security.

The real advantage is that Australia’s farms have retained a largely owner-operator model based around the local farmer, probably taking the efficiency of that model as far as may be humanly possible.

That model has kept Australia competitive, using the ownership structure of traditional farming but applying the efficiency gained by being as technologically adept as a corporation.

There is only so far this model can go, however, even in seafood where traditional fishermen have spawned sophisticated processing operations that are now run as very separate businesses.

The funding has to come from somewhere and the best-placed suppliers are those who have a big market to feed. They are the ones who can recognise the opportunity, will best understand the obstacles and can, therefore, take the greater risk.

I am as disappointed as anyone regarding the difficulties in securing local funding; however the issue lies not with a lack of capital, but rather with markets.

High net worth investors and superannuation funds can pour as much money into this field as they want, but without a high degree of direct interest in the consumer market for which this produce is destined, the barriers to success remain too high for most (at least for now).

China, despite improvements, remains a very tough market to crack. For the uninitiated, the cost of getting to market, including the potential for red tape and more sinister bureaucratic obstacles, means the risks of developing capacity outweigh the potential for rewards.

In that respect it makes sense to sell an existing Australian business to someone who believes they can improve it (and will pay a premium for the opportunity).

Of course, international investment is a two-way street – those buying local businesses have to learn how to run things here. That is a big risk they take.

THE Australian Bureau of Statistics has opened a can of worms with suggestions that it wants to retain people’s names and addresses for the first time in its century-old data gathering exercise.

Many people are no doubt wary of such a move at a time when huge data leaks have shown that private information is far from secure and may be used in myriad ways that bend, break or redefine the rules created to make us feel safe.

To my mind, the ABS’s move has raised a far more important question – do we really need a census? Apart from statistical boffins who will rail at the idea of ending collection for a dataset that extends back so far, who would really notice that it has gone?

According to the ABS: “This information provides a reliable basis for estimating the population of each of the states, territories and local government areas, primarily for electoral purposes and for planning the distribution of government funds.”

Seriously? We need a census costing millions of dollars to collect and maintain, to determine where people live? Don’t electoral rolls do that? Along with rates, school enrolments, building approvals, water and energy connections, and so many other ways we interact with government agencies?

And since when has accurate historical information been the basis of planning or distributing government funds? Schools are still surprised by how many students enrol, and infrastructure is still built or blocked on the basis of electoral palatability rather than where people live.

In Perth, the census will find that most people live in houses. So why are we building apartments?

New schools are built in areas where few people are yet to live. Does it really take a census to uncover that?

Tasmania gets way more federal funding per capita than Western Australia. I would suggest Centrelink information, school performances, and voting intentions have more to do with that than anything the census can offer.

In this day and age when we have all given way too much information to way too many private and state organisations, the need for a vast government-run data collection agency that wants to create a richer and dynamic statistical picture of Australia by combining census data with other datasets, such as health and education statistics, seems unnecessary, expensive and, from a privacy perspective, increasingly risky.