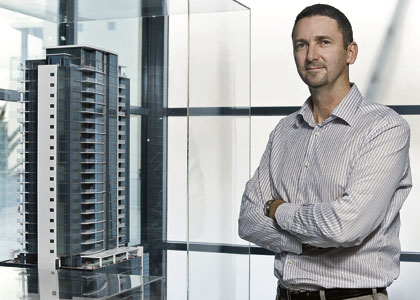 PLANNED investment in Port Hedland’s inner precinct has topped $500 million and more cash is likely to be injected as the state government investigates options for expanding the port.

The government has unveiled a $152 million plan to overhaul the town’s waterfront with the Spoilbank Marina Precinct project.

It has allocated $112 million of state funds – $72 million from Royalties for Regions – to the project as part of its Pilbara Cities initiative to prepare Port Hedland for a population of 50,000 people.

The marina will include 250 boat pens, four boat ramps, and marine support services, while the precinct itself will be a mixed-use development including restaurants, bars and event space.

Property developer Finbar is also bolstering the cash injection; it was named the government’s preferred developer for a $300 million apartment complex to be built on the former hospital site.

It will include 367 short-stay apartments and overlook the new marina precinct.

The ground floor of the complex will be set aside for commercial office and retail units to integrate into the precinct.

“The Spoilbank Marina project itself will be a milestone for the Port Hedland area and will provide real relief to local residents and business that are crying out for alternative recreation and accommodation options,” he said.

Mirvac last year announced plans to develop a 178-room hotel as well as 44 residential dwellings on the same land on Sutherland Street.

A further 72 residential villas were planned for Moore Street, one street back from the waterfront.

Mirvac was unable to confirm dates for bringing the development to market, but Finbar expected to begin construction on its project early next year.

He said news that the government had selected Port Hedland’s Lumsden Point as the location for the proposed Pilbara maritime common-use facility also held great potential for the region.

“The decision to have the proposed facility in Port Hedland is a testament to the town’s potential to become the leading regional city centre in Western Australia,” Mr Daccache said.

Lumsden Point was chosen over the only other option shortlisted – Anketell Port, near Karratha – for reasons Commerce Minister Simon O’Brien said included cost and timing.

“Lumsden Point is primed and ready to house both the infrastructure and related service industries needed for Western Australian-based businesses to compete for work packages flowing from the state’s major projects,” Mr O’Brien said.

Four feasibility studies, funded with $5 million of Royalties for Regions money, are currently under way to assess front-end engineering and design, market demand, economic and industry diversification and financial viability of the project.

The information gained will form a business case to be presented to cabinet.

Meanwhile, a $34.1 million recreation centre in South Hedland was officially opened this week – constructed with $11.1 million of funds from Royalties for Regions and $15 million from BHP Billiton.