Interstate tourism to WA down 30% 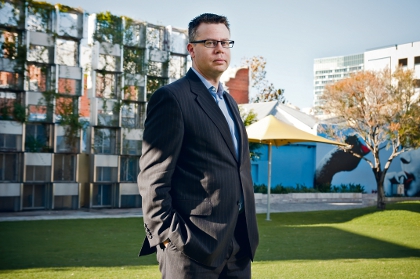 The number of interstate leisure visitors to Western Australia has declined a massive 29.6 per cent over the past year, according to data released today by Tourism Research Australia.

“We are growing in visitors from Singapore and China, but not as fast as we are losing them from Sydney and Brisbane,” Mr Hall said.

However the report showed intrastate visitors in WA increased 16.3 per cent.

“Locals are starting to holiday at home again in WA, as the allure of Bali wears off,” Mr Hall said.

“The increase in intrastate visitors over the past year in fantastic, but the reality for tourism businesses is that we are still only regaining lost ground.”

The new data follows Tourism Research Australia’s report last week which revealed international tourism to WA was up 8.2 per cent, fuelled predominantly by a growth in visitors from China.

The Tourism Council has called for additional funding to win back market share and interstate visitors to WA.

“When government properly funds tourism promotion you get a huge pay off.

“Just look at what the government has achieved in China, 56% growth over the last year alone through well funded marketing.

“When you consider the hundreds of millions the state government spends to support mining, you think they could invest $27 million to support tourism which employs over 73,000 people in WA.”