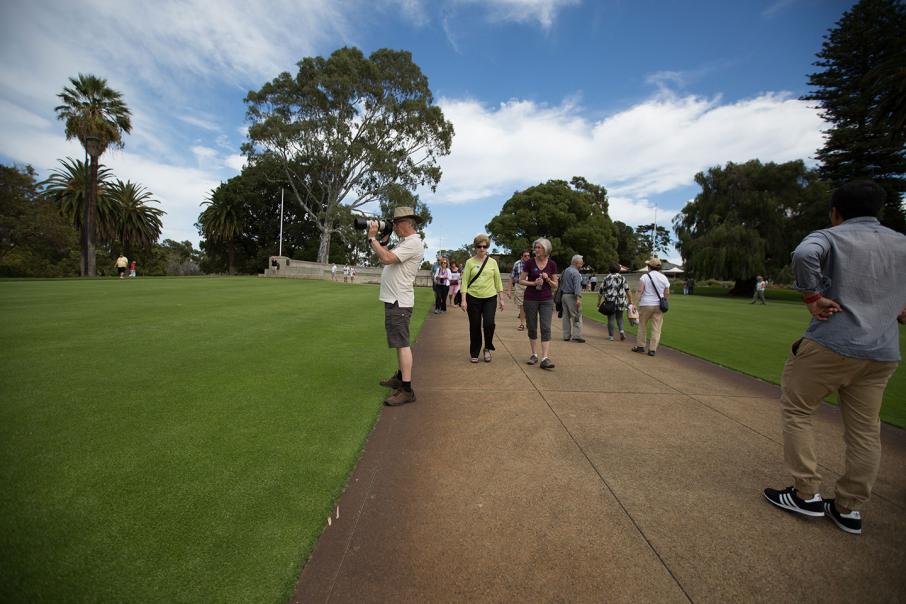 The latest figures reveal WA as the only state to record a decline in overseas expenditure, with a 9.9 per cent drop to $2.26 billion in FY18.

The Northern Territory (-15.2 per cent) was the only other jurisdiction to suffer a fall in spending, with national expenditure up 4.8 per cent.

WA also registered a 1.8 per cent dip in overseas visitation, as about 951,000 international tourists ventured to the state in FY18.

Driving the fall in visitation was a decline in tourists from the three largest markets for WA in the UK (-0.7 per cent), Malaysia (-11 per cent) and Singapore (-9.4 per cent).

There were 17.2 per cent more Chinese holidaymakers in the state last financial year, while additional Japanese (9.5 per cent) and Indian (2.2 per cent) tourists came to WA too.

Tourism WA chairman Nathan Harding said while there was no breakdown on purpose of visit in the data, the decline was likely due to a downturn in visitors on working holidays and from the international education sector.

“Even a slight downturn in the working holiday maker and international education sectors can have a significant impact on total nights and spend in the state, due to their significantly longer average length of stay,” he said.

“To address the decline in working holiday makers, we’re working with STA in the UK and Germany, as well as Tourism Australia, to promote WA to youth travellers.

“I also welcome the state government’s new international education strategy and we’ll be working with StudyPerth to assist them to attract more international students.”

In the wake of the poor results, Tourism Council WA has identified three policy priorities for the state government.

The industry body wants the government to approve private tourism investment within WA, match marketing expenditure made by other state governments and secure major events at Optus Stadium and RAC Arena.

“To be successful, Tourism WA must be able to compete with other states which are investing significant funds in aviation development, destination marketing and major events to further boost their enormous tourism jobs growth,” Tourism Council WA chief executive Evan Hall said.

“As tourists shift from WA to the east coast, they take visitor dollars and jobs with them.

“The tourism industry has made significant investment in new accommodation, restaurants, airports and venues, and this should be a time when interstate and international spending is pulling WA out of recession into jobs growth as seen in other states.”

“Premier Mark McGowan must acknowledge his decision to roll the Department of Tourism into a mega department has been a disaster for tourism in WA.

“Tourism is unlike any other portfolio in government, it should be a commercial portfolio competing for business, markets, airlines routes and events, not a bit player in a mega department with no dedicated lead.”

Meanwhile, the state government has today released research highlighting the economic impact of the new Optus Stadium, with a combined $66 million visitor spending from interstate and intrastate AFL supporters.

Figures from research undertaken by Metrix Consulting show AFL tourism attracted 31,059 interstate visitors who specifically travelled to WA for a match at Optus Stadium, and spent about $34 million.

A further 34,665 visitors from regional WA spent more than $32 million.

Tourism Minister Paul Papalia said the new venue had provided a boost for the local economy.

"Maximising leisure visitation from AFL games at Optus Stadium and encouraging visitors to stay longer and spend more is a key component of the state government's two-year action plan,” he said.

"The AFL campaign also complements other activity on the east coast including establishing trade marketing representation in Melbourne, Sydney and Brisbane; launching the Hotel Perth campaign and cooperative marketing with key partners, all of which have contributed to an increase in interstate visitors in 2017-18."