A scientist from Perth is leading a team of more than 260 researchers from all over the world as part of an international project that could have extensive implications for medicine. 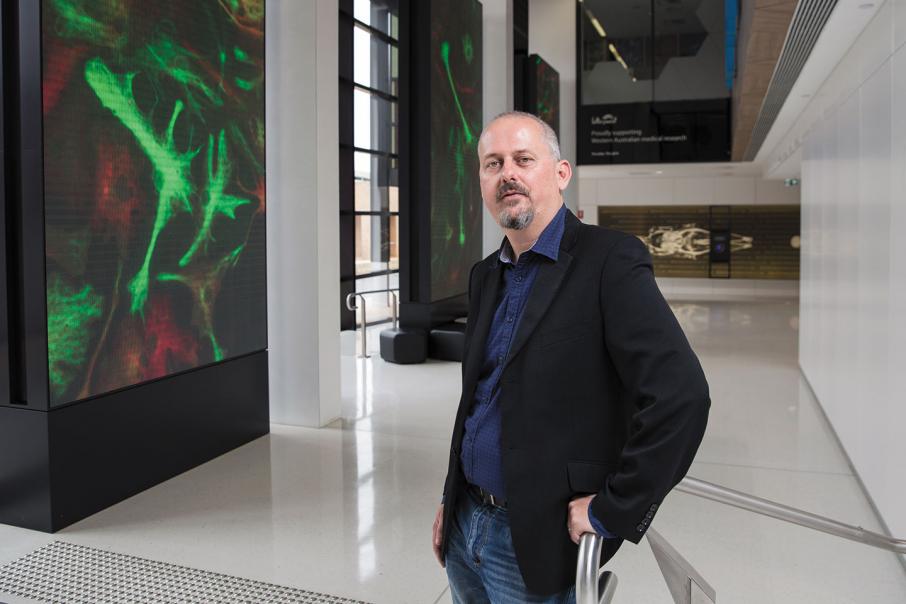 A scientist from Perth is leading a team of more than 260 researchers from all over the world as part of an international project that could have extensive implications for medicine.

Western Australian medical researchers have used data from a collaborative international project to identify the role of two genes in muscle disease, while a second local project is targeting tumour-specific treatment for cancer.

Harry Perkins Institute of Medical Research professor Alistair Forrest is back in WA, having led the Fantom project in Japan for seven years.

The project started at the Riken Yokohama research organisation 16 years ago, and has grown from a consortium of 30 to include more than 260 global medical researchers and computational biologists.

Fantom has evolved from mapping genes to systematically examining the sets of genes used in most cell types of the human body.

“Our bodies are made up of at least 400 different (types of) cells and they all have specialised roles,” Dr Forrest told Business News.

“Division of labour between these specialised cell types allows us to have more complex functions than simple single cell organisms, like being able to see, think, hear, fight infections and many other things we take for granted.

Dr Forrest moved to the Riken Yokohama institute following an overseas biomedical fellowship in 2007. After several promotions he became the scientific coordinator and project lead of Fantom5 in 2009 – the fifth phase of the Fantom project (on which 46 Australians worked).

Dr Forrest said the Fantom5 project had since created an atlas-like database of genes in different cell types, such as immune cells or brain cells.

“It is a unique resource,” he said.

Dr Forrest returned to WA from Japan early in 2015 to head the Systems Biology and Genomics laboratory at Perkins.

He still also holds his Fantom5 position and visits the Yokohama facility twice a year.

“I wanted to switch from basic research and mapping to how I could actually help people; this was part of the reason I came back to Australia and WA in particular,” Dr Forrest said.

“We are now using the data from Fantom5 to identify genes involved in genetic diseases and to reprogram cells for regenerative and personalised medicine in the future.”

Dr Forrest has leveraged the data to further understand muscle disease and cancer in two projects he is leading at the Perkins institute.

“We used the Fantom5 expression data, of which gene is active in which sample, to tell us about genes active in muscle and we compared it to the list of genes that had mutations in them,” he said.

“In the past six months we have identified two new muscle disease genes.”

The second project, funded by the Cancer Research Trust, has used the data to look at ways to improve drug treatments that target cancer cells.

“A tumour has cancer cells but it also has lots of different cell types, including immune cells,” Dr Forrest said.

“You need to be able to understand what cells are present and for cancer cells what drug targets are expressed. If you have 100 cancer cells and only 50 per cent had the target for a particular drug, the tumour reduces by 50 per cent but the other parts of the tumour survive.

“This could be transformative and give us an understanding of cancer we don’t have yet.”

The data generated by Fantom5 is public and free, and Dr Forrest said it had developed into a global collaborative resource in recent years, utilised by other researchers for better understanding the impact of genes on various medical conditions, including brain disorders, cardiovascular disease and bone problems.

Earlier this year, the Fantom5 project was awarded the 2016 Australian Museum Eureka Prize; the Scopus Eureka Prize for Excellence in International Scientific Collaboration.