Bibra Lake company Airstream has started rolling out a series of wireless control systems for home lighting, reticulation and security as it seeks to stay ahead of competitors in the home automation market. 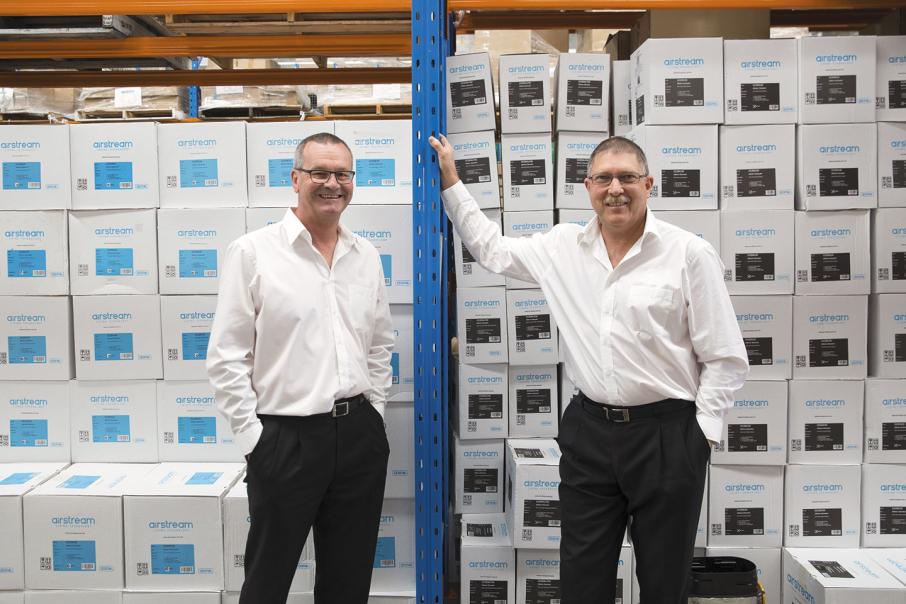 Bibra Lake company Airstream has started rolling out a series of wireless control systems for home lighting, reticulation and security as it seeks to stay ahead of competitors in the home automation market.

Airstream is best known for its iZone control system for home air-conditioning and is designing the new products so they can all be integrated.

Its latest product is the iLight system, which combines long-life light bulbs with apps that deliver wireless control of dimmers and colour.

Airstream co-founder Mike Temple said what differentiated iLight from existing wireless lighting was its ability to integrate with other systems.

“iLight can connect with iZone and other systems with the touchscreen interface or via their own separate apps,” he said.

“Other smart lighting systems do not have this level of integration with other devices, limiting their ability to fully automate home functionality.”

Messrs Kimble and Temple, who attended school together in Zimbabwe, established Airstream five years ago after holding a range of jobs in the engineering and air-conditioning industries.

Airsteam sells standard air-conditioning products such as ducting and grills, which provides the cash flow to fund the development of its control systems.

“We started looking at the controls products readily available on the market, they looked pretty industrial,” Mr Temple said.

“We saw there was an opportunity to beautify the controllers and add some smarts using Walter’s expertise.

“We brought out the first integrated, touch screen controller, then we made it Wi-Fi compatible, so you could control your devices from anywhere.”

They have broadened their business beyond air-conditioning to other smart devices, after Mr Kimble was quoted about $100,000 to install a cable-based automation system in his new home.

“Walter came back to me and said we needed to build something using what we had already, with a touch screen and Wi-Fi capabilities, and the wireless system we’d developed, to do home automation for a fraction of the cost,” Mr Temple said.

He said Airstream designed its products so they could use existing wiring, air-conditioning, reticulation and so on.

“We’d rather develop a system that bolts on to the existing system, feeds off them, and we display them on our touch screen and run them and control them,” Mr Temple told Business News.

He said the use of smartphone styled controls made its systems easy to use.

“It needs to be simple to install and simple for the end-user; if you don’t do that, you will die.”

Mr Kimble said the prospect of competitors developing matching products was a reality the company faced.

“By the time they do, we will be three steps ahead,” he said.

Mr Kimble said the company was an approved partner of IFTTT, an application that allows users to connect apps to work together as a series of user-specific ‘recipes’.

“Our engineers are working with IFTTT to develop our user experience in building recipes to conveniently link home systems,” Mr Kimble said.