WA needs more artistic and cultural attractions that are unique to the state, and less bureaucracy, to achieve its potential as a tourism destination, industry players have told Business News. 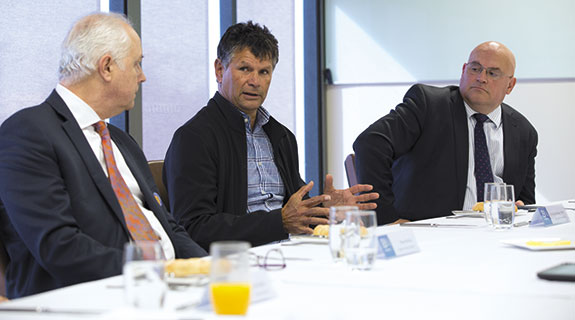 WA needs more artistic and cultural attractions that are unique to the state, and less bureaucracy, to achieve its potential as a tourism destination, industry players have told Business News.

That means hotels, bars and restaurants need to work in tandem with the arts sector, cultural events, theatres and galleries, and indigenous experiences.

“They are all part of a combined experience,” Mr Woods told a recent Business News boardroom forum.

“If you look around the world, when the tourism scene is thriving and surviving, the arts and culture scene is also thriving.

“They all need to work synergistically together.”

“If you look at Melbourne, there is always something happening, there is a set plan, its art and culture and sport,” Mr Papadoulis said.

“It’s all on the back of leisure tourism.

“We forgot about that during the resources boom.

“The focus was on the corporate market and conferences, and that was off the back of resources, but the leisure side has been neglected.”

The result, he said, had been a 30 per cent drop in interstate visitors to WA over four years.

Participants in the forum agreed that WA’s indigenous culture provided a big opportunity.

Chamber of Arts and Culture WA executive director Henry Boston says WA should be looking to celebrate what is unique to the state.

“We still have a problem with lack of recognition of Aboriginal culture in our public spaces,” he said.

“You need something that shows how much we value this.”

Mr Papadoulis cited market research showing that 95 per cent of international tourists wanted an indigenous experience, but 90 per cent didn’t get it and left the state with money in their pocket.

“Whichever state gets it right will unleash a huge economic and social dividend,” Mr Papadoulis said.

Aboriginal Productions director Richard Walley told the boardroom forum there had been frustration around Aboriginal tourism for a long time.

He recalled working with the Burke government in the 1980s on some big ideas, but failing to make progress.

“The problem in this state is they are afraid of the big picture, they always focus on the small manageables,” Mr Walley said.

“We put a whole plan together for a one-week festival, from theatre to traditional corroborees.

“We did a comprehensive study on the tourism impact of an indigenous cultural centre at Elizabeth Quay; that’s still a possibility.”

“We have an opportunity for something totally unique; nobody has got anything like we had contemplated,” Ms Fulker said.

“We wanted to have a very complex offering, to do the concept justice, and also have a place for Aboriginal meeting, healing, reconciliation.” The Committee for Perth proposal was for a three-stage development, starting with a Noongar cultural centre, followed by a WA centre for Aboriginal arts and culture, then a world centre for indigenous culture.

“I think what frightened government was that I couldn’t point to one anywhere in the world that would take people through a living cultural history,” Ms Fulker said.

“If we could have shown them one, I think it would have de-risked it.”

She said the proposed indigenous culture centre – which the government says is still part of its long-term plan for Elizabeth Quay – could play a big part in the success of the development.

“Having studied waterfronts across the world, you have nothing unless you have a really strong cultural anchor,” Ms Fulker said.

Mr Walley urged a greater focus in Perth on the art and culture of the Whadjuk people, the dialectical group that occupied the Perth region.

He also encouraged more use of the Whadjuk Working Party, which he said was a broad and inclusive consultative group.

“What we’re doing with cultural engagement is cutting through the sub-sets,” Mr Walley said.

He believes many organisations are catering to divisions in the Aboriginal community by working with specific family groups, as a result disassociating lots of other family groups.

The Whadjuk Working Party is already involved in the development of the Perth Stadium at Burswood, and Yagan Square, which is the main public space in the Perth City Link project.

“If you look around the world, the biggest arts events started out as local cultural festivals, particularly in Europe,” he said.

“They have to be created from a local cultural base, of what we are interested in as a community.

“Without that, there is no chance of attracting international interest and long-term success.

“People travel because they want to experience something different, and that means something local and cultural

“Hiring international marketing firms to create home-grown events in our backyard doesn’t make a lot of sense to me.”

Mr Woods cited the Ord Valley Muster as one event that was not delivering its potential.

“If I don’t know, how is anyone else going to know?

“The point is, we need to make it accessible.

“Its fine to appear in the glossy magazines, but if the tourists can’t touch it and feel it and access it, what’s the point. Mr Boston also urged more government support, saying the growth in core government funding over the past decade had been desultory.

He said the popularity of The Giants, which provided an estimated $40 million boost to economic activity, showed the appetite for arts events.

“Now is the time to invest in quality and diversity of work that will engage visitors and the people living here,” Mr Boston said.

Ms Fulker said there was a growing appetite for the arts, with Australian Bureau of Statistics data showing that 56.3 per cent of Western Australians aged 15 and over went to a performing arts event in 2013-14, a higher figure than any other state.

More recent evidence came in the response to The Giants, a performance watched by an estimated 1.4 million people, and the 220,000 tickets sold at this year’s Fringe World, which has expanded alongside the long-running Perth International Arts Festival.

Ms Fulker said the commitment to a new WA Museum was positive but hoped it would not be another decade before the next major cultural development.

Mr Papadoulis said the influx of new residents to Perth from interstate and overseas, and the growing inner-city population, had made a big difference.

Mr Woods urged less bureaucracy and smarter regulation, so that people who have a passion for hospitality, tourism and the arts can pursue their ventures.

“If you don’t have passion for what you’re doing, you can’t be successful,” Mr Woods said.

“Without the passion, the consumer doesn’t feel it and the energy doesn’t flow through.

“We see too often where government agencies and regulation comes in and stymies that passion and pushes people out of the business.

“Our biggest enemy is bureaucracy and process; WA is entrenched with that.”

To illustrate the problem, Mr Woods predicted Elizabeth Quay would not have al fresco dining after 7pm because of the state’s onerous noise regulations.

The noise limit is 55 decibels, which he said was not far above normal conversation, with sound readings taken outside apartment and hotel rooms, rather than inside behind glazed windows.

“If that noise is there, that business has to shut down the al fresco, so everything after seven o’clock at night will be inside,” Mr Woods said.

“We’ve been telling government that for two years and they don’t want to know about it, they keep shifting it around.” 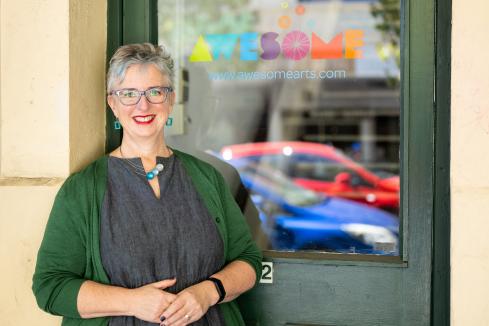 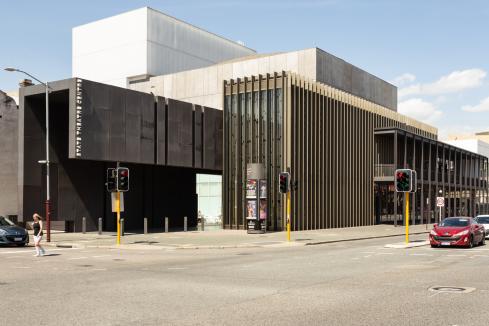