Special Report: The head of Japanese company Inpex’s Australian operations says Australia remains a very attractive investment destination, and has suggested the company’s Ichthys project could be expanded when conditions are right. 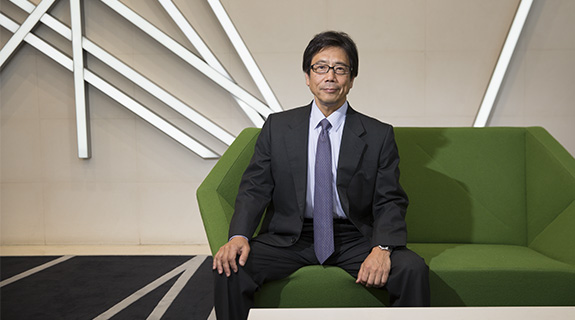 Seiya Ito says Inpex is in WA for the long haul (Attila Csaszar).

The head of Japanese company Inpex’s Australian operations says Australia remains a very attractive investment destination, and has suggested the company’s Ichthys project could be expanded when conditions are right.

Inpex president director Seiya Ito said he hoped the company would eventually add a third train at its LNG facility in Darwin, where it is currently planning two trains to come online in 2017.

Together, the two existing trains will produce 8.9 million tonnes per annum.

See part one of this week's special report.

Mr Ito said the company held a number of exploration tenements nearby to the current development, and would hope to find further reserves to make a third train viable.

That would be dependent on the LNG price, although he said he was confident of the market’s strength in the medium term.

“I don’t have any short-sighted, pessimistic view, I’m quite an optimistic guy

“Having seen the oil and gas business for 40 years, I’m sure there will be a chance. And if there’s a chance you have to grab it.”

The $US37 billion project is majority owned by Japan’s Inpex with a 62 per cent stake, while French giant Total holds 30 per cent.

Other partners include Taiwan’s CPC Corporation and a variety of Japanese energy operators, including Tokyo Gas and Kansai Electric Power.

Mr Ito said the venture partners were a good mix, with his company sharing a strong relationship with Total.

“I think it’s above the normal relationship,” Mr Ito said.

“Total and Inpex have been working together for more than 50 years now.

“Not only this project, but in Indonesia, in other parts of the world.”

Mr Ito said the current project was progressing steadily, hitting the 80 per cent completion mark at the end of last year.

The gas fields are off Western Australia's north coast, in the Browse Basin, with the company building a 890 kilometre pipeline to Darwin after being unable to secure a location for a facility in WA.

Nonetheless, Inpex’s Australian operations will remain headquartered in Perth in the long term, where it employs almost 2,000 people, according to the company.

“This is the core of our business in Australia,” he said.

Inpex’s portfolio has a strong concentration off the Western Australian coast, holding a 17.5 per cent stake in Shell’s Prelude project and a 11.3 per cent share of ConocoPhillips’ Darwin LNG and the associated Bayu-Undan field.

With Quadrant Energy, Inpex holds a 47.5 per cent stake in Coniston and a similar chunk of Van Gogh, both oil operations.

Other involvements include a 35 per cent slice of Italian ENI’s Kitan, 28.5 per cent of BHP Billiton’s Ravensworth.