Prominent players in WA’s innovation sector acknowledge the need for start-ups to be sustainable, but have urged continued state support. 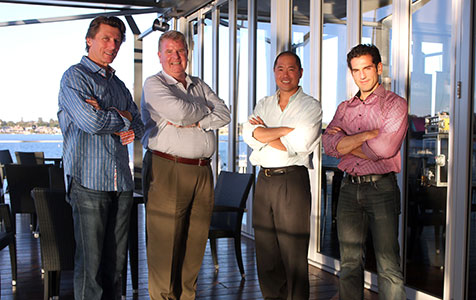 ONE of the most influential members of Western Australia’s entrepreneurial community maintains government still has a role to play in supporting the innovation sector, despite the state government’s recent decision to cut funding.

Budget papers published last month reveal the Department of Commerce’s allocation for innovation and technology spending will be cut by 70 per cent – from $33.7 million in 2013-14 to only $9.6 million in 2014-15.

The department is responsible for a range of funding programs and incentives for innovation and technology development.

Silicon Valley venture capitalist Bill Tai, visiting Australia to promote the OzApp awards, was disappointed when told about the cuts.

“Governments cannot and should not be the be all and end all (for entrepreneurs) … but the more the government can encourage people to try, or at least reduce barriers, the better off everyone is because it will lead to more job creation,” Mr Tai said.

Mr Tai has been instrumental in building an entrepreneurial start-up community in Perth through the annual OzApp awards, held here in collaboration with Curtin University.

While Mr Tai said start-ups needed to be commercially viable and couldn’t piggyback off government support, the state had a role to play in making success more attainable.

The department is currently assessing what initiatives will be retained, but the cutbacks could place programs such as the WA innovator of the year award in jeopardy.

Previous winners of the award include Olivia Humphries from online video streaming service Kanopy, who won Ernst & Young’s Western Region emerging entrepreneur of the year award and this year is in the running for a national title.

Ms Perkins and Mr Obrecht later secured investment from Mr Tai for their subsequent business Canva, which has become one of the biggest funding success stories to emerge out of the WA start-up scene.

Earlier this year, Canva announced it had raised $3 million of seed funding from a range of Australian and Silicon Valley investors, including Mr Tai.

“It was through the innovator of the year awards that we met Bill Tai, who set in motion the chain of events that led to us close our seed funding round for Canva,” Ms Perkins said.

“The workshops and education we received (as being finalists) have been incredibly valuable, as it gave us a global focus from the start.”

Initium Energy was the 2011 overall OzApp awards winner for its development of technology to monitor conveyor belts in the mining sector.

Founder Tim Jones said the company was unlikely to have gained the level of success it had in the two years since had it not been named innovator of the year.

“It was pretty crucial for us because what we found with the mining companies was that they really value independent endorsement,” Mr Jones told Business News.

“So the fact that the innovation had met certain criteria was really important to them – it did open a lot of doors and provided us with a lot of credibility.”

Mr Jones said the prize money of up to $100,000 had also been a significant help.

“It will have a far-reaching effect (if the award is discontinued) and will shut down an avenue to showcase WA innovation,” he said.

Curtin University’s director of IP Commercialisation Rohan McDougall said while he was disappointed with the government’s decision, it reinforced the fact the sector needed to work harder to sell itself.

“Ultimately we, as representatives of the innovation sector, are responsible for the apparent lack of government and broader community interest in this area,” Mr McDougall said in a speech at the recent Commercial Innovation Awards.

“It’s only if people know about the importance of this work that we can expect them to care and support development.”

Angel investor and chief executive of HealthEngine, Marcus Tan, said the cuts would jeopardise the state’s ability to diversify its economy.

“If the state government is serious about diversifying WA’s economy from purely one based on mining, there needs to be support for emerging sectors that WA has the ability to be world leading,” he said.

“Cutbacks are short sighted and send the wrong signal about positioning WA’s economy for the future.”