Mining and technology don’t have to be in competition when it comes to capital, Assistant Minister for Innovation Wyatt Roy said today, with the extractive industry in a prime position to export its knowledge in addition to hard commodities. 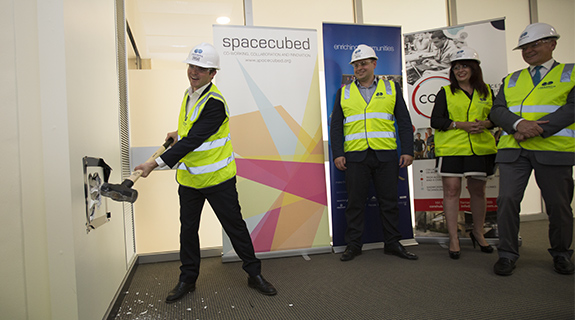 Mining and technology don’t have to be in competition when it comes to capital, Assistant Minister for Innovation Wyatt Roy said today, with the extractive industry in a prime position to export its knowledge in addition to hard commodities.

Speaking at a breakfast hosted by Deloitte in Perth, Mr Roy also said the federal government would be willing to adjust measures in its $1 billion National Innovation & Science Agenda that didn’t work or if new initiatives were needed.

For Western Australia, in particular, mining and the tech sector don’t need to be seen to be in competition, he said, with the mining industry itself in many cases a leader of innovation.

“We don’t have to just export the resources we’re digging out of the ground, but also the IP, the technology, the know-how that comes with the extraction of those,” Mr Roy said.

“I’m optimistic that there is not a shortage of capital, we just need to unlock it.”

An example of the nation's financial firepower was the superannuation industry, worth more than $2 trillion.

Some in that sector had displayed tentative interest in tech investments.

Furthermore, if every investor with two or three investment properties could be encouraged to put 1 per cent of their wealth into the sector, it would inject around $800 million, he said.

The promise of unlocking that funding had driven some of the changes to tax incentives in the recently announced policy.

Mr Roy said there were strong similarities between risk capital used in mineral exploration and investing in a start up, although despite this, Australians only invested about $5 per head into the industry through venture capital.

That was less than the amount splurged on the Melbourne Cup.

Australia could look to other nations, such as Israel, for inspiration in this respect.

The Middle Eastern nation invests around $500 per person on startups, Mr Roy said.

Formerly an agricultural exporter, the country had experienced a boom through the technology industry.

Only a low proportion of the investment was driven by the public sector.

“Public investment should be partnered with the private sector,” Mr Roy said.

This afternoon, Mr Roy swung the sledgehammer to conduct the official groundbreaking of the new Flux innovation incubator on St Georges Terrace.

The program is being run by Spacecubed in collaboration with Hawaiian.