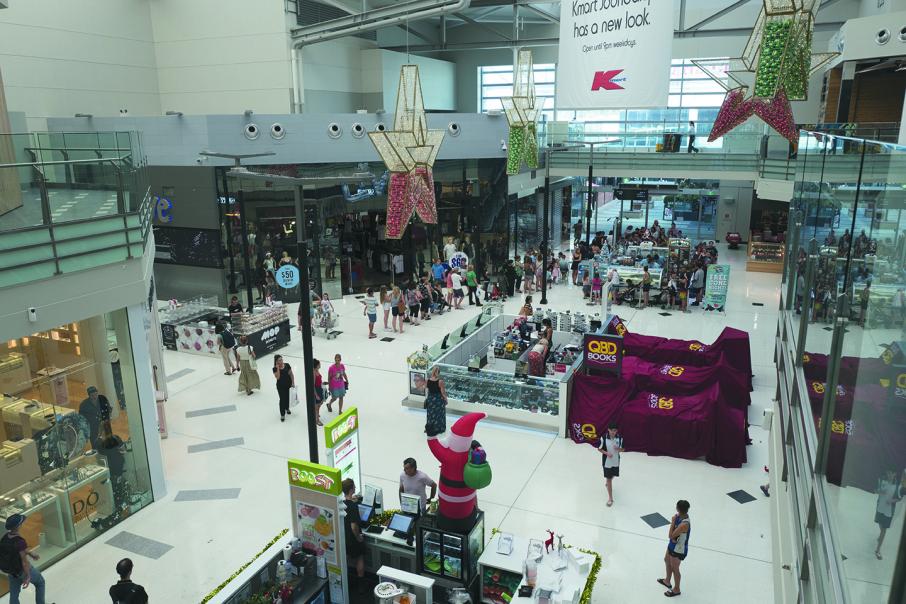 Lakeside Joondalup will be relatively resilient to Amazon’s entrance, according to new research. Photo: Attila Csaszar

There’s no doubt online shopping has its upsides, with a smartphone, laptop or tablet enabling consumers to avoid the traffic, parking, and crowd hassles associated with a visit to traditional brick-and-mortar retail outlets.

And with the launch of Amazon in Australia earlier this month, spruiking cheaper prices and vast product choice, it seems the threat to the familiar shopping centre is growing.

The report assessed the vulnerability of each centre’s tenancy mix against a risk matrix to determine an ‘Amazon risk score’.

By retail category, stores were given a score between one and 10 depending on their Amazon risk; books, clothes and music were judged to be most at risk, with service providers such as hairdressers least at risk.

Warwick Grove was the least at risk to Amazon (3.53), with Karrinyup and Garden City recording the highest risk scores (4.59 and 4.56), which Y Research principal Damian Stone said was due to their tenancy mix weighted tofashion (one of Australia’s fastest growing sectors for online retail).

The average score for all 16 centres was 4.1 – a low to moderate risk.

“The hype about Amazon has fostered this idea of ‘this is the end’,” Mr Stone told Business News.

“But WA retail is changing for the first time in 20 years; in the next five years, over $5 billion is set to be invested in shopping centre developments across metropolitan Perth.

Mr Stone said refurbished cinemas and the establishment of dining precincts offering higher quality fare than food courts had emerged as popular strategies; Scentre Group’s $450 million redevelopment of Westfield Whitford City has plans for both of those.

“It’s about getting people into the physical store,” Mr Stone said.

“The experience of shopping in redeveloped centres, combined with a revised tenant mix focusing on food, international retailers and services, will see consumers still prefer to buy in-store rather than online.”

The report also reviewed the occupancy of the 16 largest shopping centres in WA, measuring the diversity and frequency of the tenancy mix across the centres to determine their similarity.

These retailers were assigned a 16 score and independent retailers such as newsagents were allocated a one out of 16 score.

The report found 45.5 per cent of retailers in each of the 16 shopping centres were the same.

Lakeside Joondalup Shopping City, ranked on the BNiQ Search Engine as the state’s largest shopping centre with 99,400 square metres of lettable area, was the most diverse centre based on a similarity score of 6.16 out of 16.

It contained just 38.5 per cent of retailers common to other major shopping centres and was the only centre with four supermarkets, international fashion retailer H&M, and discount department store Harris Scarfe.

Mandurah Forum, currently under a $350 million revamp, recorded an 8.78 similarity score, making it the least diverse of the 16 centres.

Mr Stone said this was underpinned by Mandurah’s role as a regional centre that sought to offer retailers similar to those in the metropolitan area.

“The bigger the centre, obviously the more choice, but centres need to focus on differentiating themselves to thrive in the increasingly competitive retail market,” he said.

“It gets back to this idea of ‘what are the things that the internet can’t provide’?

“It’ll be interesting to see how centres evolve to changing consumer patterns and how they can stand out in a common marketplace.”