Resources sector professionals are choosing to live in the inner city instead of the urban fringe, contrary to traditional notions that fly-in, fly-out workers prefer to live in the outer suburbs. 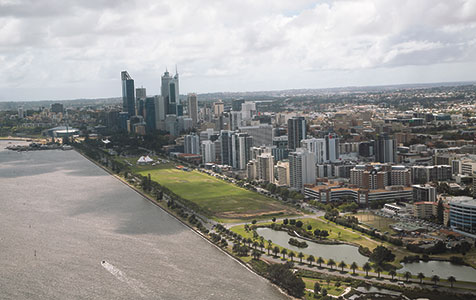 Resources sector professionals are choosing to live in the inner city instead of the urban fringe, contrary to traditional notions that fly-in, fly-out workers prefer to live in the outer suburbs.

A report released last week by Committee for Perth found the most popular local government areas for resources industry workers were Perth, Subiaco, Cottesloe and Cambridge.

The study, which was conducted by the University of Western Australia, took into account fly-in, fly-out workers as well as those in business administration, science and engineering associated with the resources sector.

Committee for Perth chief executive Marion Fulker said the findings were opposed to the popular perception that workers preferred the outer suburbs.

“We need to change our perceptions to match the facts and what our research shows is a change in preference of location from outer to inner suburbs for those working in our most dominant sector,” Ms Fulker told Business News.

“People don’t want to spend their week off on the road and they don’t want to come back to a garden that’s overgrown and a pool that’s turned green,” Ms Thomas said.

Blackburne Property Group managing director Paul Blackburne agreed, saying a large proportion of resources industry workers were aged in their 20s and 30s and had relatively high incomes, so apartment living appealed to them.

“Now that the city in the last couple of years has a lot more bars and cafes, when they are back in Perth off-roster, their preference is to be somewhere they can walk everywhere,” Mr Blackburne told Business News.

“Particularly in the light of the traffic getting so much worse in Perth, they don’t want to fly back to Perth and live right out in the suburbs.”

Mr Blackburne said the Springs Rivervale project had been particularly popular with FIFO workers because of its proximity to both the CBD and Perth Airport.

Ms Lee said MLG currently managed about 600 inner-city apartments, with mining and oil and gas workers making up about 35 per cent of the tenant mix in the January quarter.

But in the three months previous, mining and oil and gas workers made up around 63 per cent of MLG’s tenancy profile, Ms Lee said.

“We are seeing a lot more investors looking to that market replacing the demand that was once very strong from the FIFO and resources industry,” she said.

“Chinese and overseas investors are starting to have a lot more prominence in the West Australian market.”